Don´t miss
Home / FB Doc Selection / Washington and Brussels are from the Moon… though of course they do not come from the same side! – by Franck Biancheri (2003) 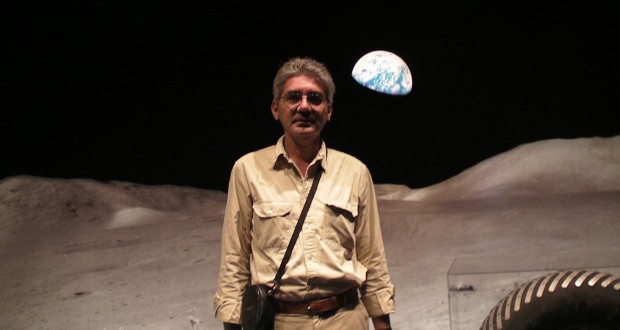 Washington and Brussels are from the Moon… though of course they do not come from the same side! – by Franck Biancheri (2003)

This article is based, with Franck Biancheri’s humor, on the title of an American bestseller published in March 2003: “Americans Are From Mars, Europeans From Venus” by Robert Kagan. For Franck Biancheri, Americans and Europeans are not of two different planets, it’s just that they do not have the same perspective from the face of the moon on which they live, just as on earth they do not live on the same side of the ocean … Franck Biancheri, knew the USA well, traveled from one end of the United States to the other for visits and conferences, with TIESWeb, but also for the discovery of the country (crossed by car). It is with this perspective, that will not raise the barriers, but help to listen to the speeches of each other and the transatlantic policy to surpasse the chimerical dreams to enable to speak of the reality with objectivity. The last G20 demonstrates that it is not yet acquired, either by the ones or by the other “Mooners”…

Washington and Brussels are from the Moon…

… though of course they do not come from the same side of the Moon!

This is something I learned in past years and it seems to me that the Iraq crisis illustrated it. Washington comes from the bright side of the Moon and shines all over the world under global media spotlights; while Brussels, coming from the dark side of the Moon, is pretty much invisible to everybody, including European citizens. But despite these ‘light’ differences, the key thing is that they do not belong to Earth.

I know that some say Americans come from Mars and Europeans from Venus. But it does not match my experience when crisscrossing both continents. While one thing I know for sure is that those who write these things tend to live on the Moon too, either in Washington or in Brussels … most often moving from one to the other … like most ‘specialists’ of transatlantic relations.

Can we expect ‘Mooners’ to solve very earthly problems such as future EU/US relations?

Because in the end, when we come to the point of relations between Americans and Europeans, this is what it is all about. Can Washington and Brussels help solve the growing number of disputes between USA and EU? Well, the fact they both are from the Moon does not push for optimism, because it puts both of them very far away from us and our problems. It even seems that both their differences and similarities tend to prevent any problem to be solved soon.

Even the way Washington and Brussels look at God differs.

Meanwhile as they do not see the same sky, they tend to understand differently what is going on. Washington tends to think that serious Europeans/Americans relations  started with WWII (as if before they were just ‘politically incorrect’). While Europeans tend to think that WWII era was definitely closed down with the end of the Iron Curtain, and a new era in EU/US relations thus opened.

They also do not consider God in the same way. While Washington expects all Americans (and the rest of the world) to believe that God is American. Brussels tend to argue that God has nothing to do with being European.

They equally differ in the vision of the future. Brussels, being on the dark side, does not know how its future willlook like; while Washington is full of certainties on what tomorrow will deliver.

Washington and Brussels reflect one another across the Atlantic Ocean.

Not only their differences, but also their similarities tend to separate them. They both reflect an old dated way of organizing power, centralistic, rooted in XVIIIth century visions, more and more at odds with societies trends for decentralization, networking, autonomy.

They both nurture the Empire dream, which requires an opposing force, an opposing Empire to be able to exist and mobilize forces and people.

They both speak a lot of values and principles, such as democracy, freedom, … while caring more about power, influence and money … which fits much better with their dwellers, essentially made of bureaucrats and lobbyists.

The true ‘Mooners’: the ‘Baby Boomers’

And last but not least, both cities are run by the true ‘Mooners’: the ‘Baby Boomers’ generation. This generation (at least in politics) never could leave up with its dreams, and keeps on confusing wishful thinking and objective assessment. They compose most of both capitals ‘think-tanks’ where thinking is light while tanks are full. They both can conceive ‘grand strategies’ where they take command of ‘History’. Brussels’ talks in the mid-90s about ‘being Europe’s makers’ may echo today’s talks in Washington about the ‘US Empire standing the test of time’.

It took about 5 years for Brussels to brutally discover that it was much more complicated to build Europe than what it looked like from a ‘Mooner perspective’. Let’s guess that similar experience will be developed by Washington in the coming 5 years. And in between essential Transatlantic innovations will happen neither in Brussels, neither in Washington.

But of course, despite all that, much may be expected from next EU/US Summit in Washington!

Download pdf-file: Washington and Brussels are from the Moon… (by Franck Biancheri, 23/06/2003)

Previous: It takes teamwork to make Europe move forward. (Franck Biancheri 2005)
Next: From the European Union to the European Space: From Brexit to Crisexit? (Abstract GEAB N°116, June 2017)