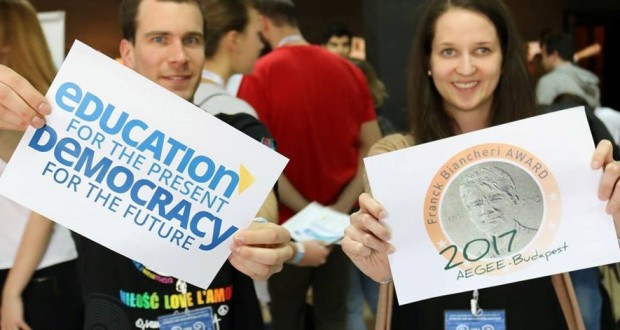 We are pleased to publish below the report of the conference “Education for the present, Democracy for the future“, which was organized from 21st to 23rd April by the antenna Aegee-Budapest, winner of the Franck Biancheri Award 2017, in collaboration with Aegee-Europe’s Civic Education working group, and attended by Marie-Hélène Caillol, AAFB President, Marianne Ranke-Cormier and Régis Jamin, AAFB Vice-Presidents.

This very dense report, rich in ideas, remains faithful to the excellence of the work that took place in Budapest. We are proud to have contributed on the one hand to the organization of this event and on the other hand to the production of content for this document on a subject so important and so dear to Franck Biancheri: citizenship and European democracy.

The words bequeathed by Franck during his last intervention in 2012 at the Agora of Enschede have served as the guideline for the organizers of this event:

… as winner of the Franck Biancheri Award, the conference was an opportunity to commemorate AEGEE’s founder and continue his legacy. We also celebrated the AEGEE Day (the birthday of our association). For the last 32 years, AEGEE has been educating and empowering young people to be active citizens and to take a stand for what they believe in. This conference aimed at transmitting Franck’s legacy in his last speech at Agora Enschede five years ago, “Occupy the future”.

The future is now, and in our hands. Therefore, we, young people, need to act and decide how this future will look like. (María Ballesteros Melero du groupe de travail Civic Education)

Throughout the two days, more than 70 students from Aegee-Europe will have contributed to different workshops to define the concepts of:

Aegee’s members play an important and legitimate role, based on the history of the association founded by Franck Biancheri, the very route of its founder in his struggle for European democratization, which the Aegees have been discovering little by little since we launched the Franck Biancheri Award in 2014, and the 32 years of experimentation in European citizenship, whether in working groups, summer universities or simply parties organized by the students of Aegee …

It is therefore with great emotion and pride that we especially thank the members of the Aegee-Budapest and the Civic Education working group teams, as well as the AEGEE-Europe CD, for honoring the memory of Franck Biancheri and contributing to its transmission. They can be proud to have been the bearers of this fourth edition of the Franck Biancheri Award for this year 2017! (and it’s not finished…) 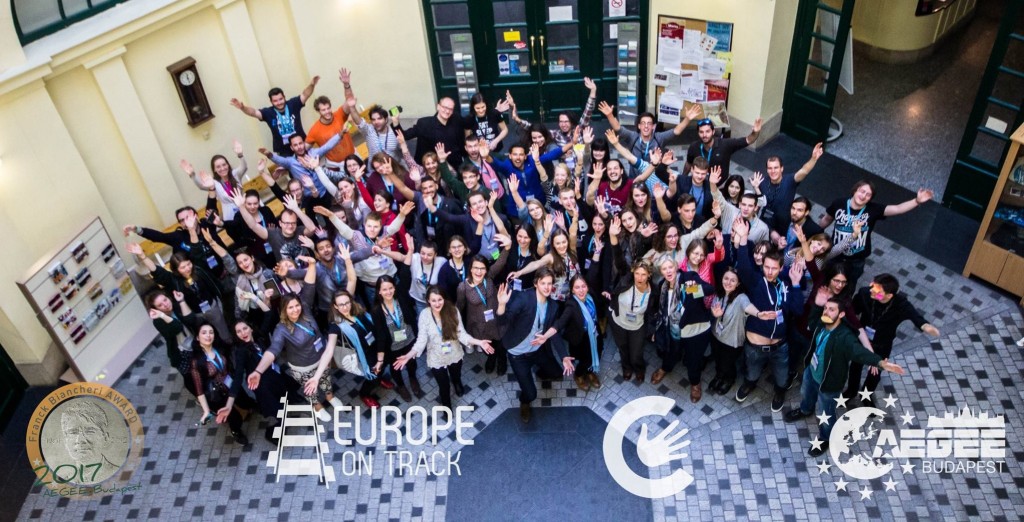 Previous: From the European Union to the European Space: From Brexit to Crisexit? (Abstract GEAB N°116, June 2017)
Next: Road-map #CitizensRoute73 – Synthetic draft of the kick-off event in Louvain-la-Neuve (BE), July 1-2, 2017