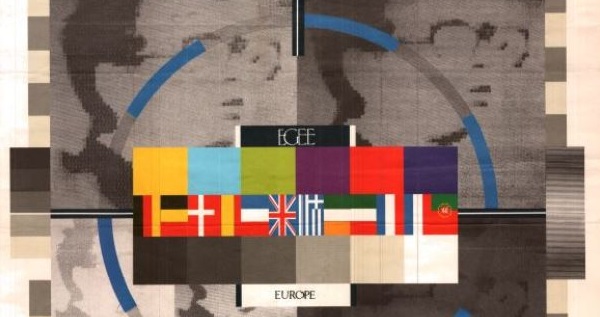 On April 16, 1985, under the aegis of Franck Biancheri, its president, the very first congress of the EGEE Association was opened, a high-flying event organized by the 6 grandes écoles of Paris (ENA, ESSEC, HEC, X, Sciences Po, Telecom) and universities (Sorbonne and Paris 6). This congress would welcome in Paris about 350 European students. Under the high patronage of French President François Mitterrand, it was sponsored, as shown in the brochure below, by an impressive number of personalities from the political, economic and cultural world with a European dimension. These included Jacques Delors, President of the European Commission, Jacques Chirac, Mayor of Paris, Hélène Ahrweiler, Rector of the Universities of Paris, Alfred Grosser and Alain Lamassoure, among others.

“I’m the guy who invented the European Night” – This congress was organised around 6 days of conferences and working seminars and plenary lectures, accompanied in the evenings by prestigious receptions, including the famous Night of Europe at the Conciergerie de Paris or the closing gala at the Château de Maisons-Laffitte, no student without a party.

“There, in Paris, and spontaneously, hundreds of European students had gathered to discuss Europe!” – The themes of these conferences remain impressively topical: European cultures or a cultural Europe? The new challenges of a social Europe. Which road for a unified Europe? Europe and its defence. Images of Europe. Europe and the Third World. Does the Europe of industry have a future? For a common foreign policy. Europe and the environment. Research and technological cooperation. For a European university system. It would seem that in more than 30 years Europe has not yet been able to provide answers to these various questions…

A willingness shown by founding the “Association des Etats Généraux des Etudiants d’Europe”, to create the framework for channelling the energy, dreams and visions of European students. Franck Biancheri has thus succeeded in transforming these students into high-level European decision-makers, able to influence political programmes. Generations have passed through the AEGEE network, and this is still true today. 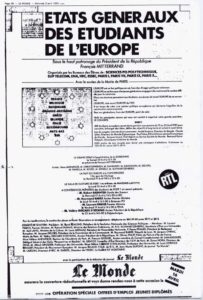 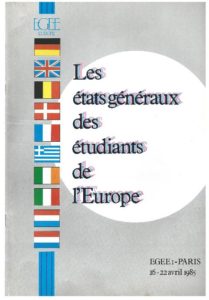