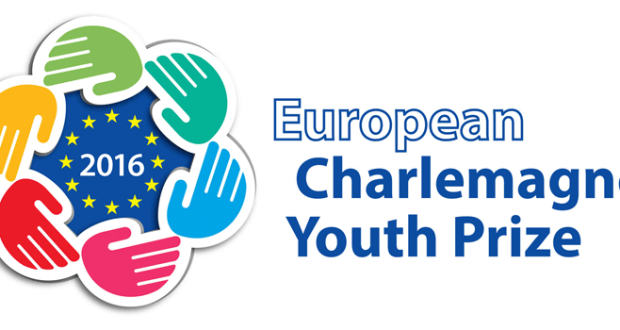 Last year, in the framework of the Franck Biancheri Year 2015, the AAFB awarded a special grant to AEGEE-Europe for their 30th anniversary and especially for the reedition of a special event : “The night of the 7 antennae”. This event was organised the first time in 1986 by EGEE together with the newspaper LE MONDE, broadcasting by video-satellite simultaneously-held political debates on the future of Europe between students and high level politicians from seven different cities.

For this new edition, 29 years later, AEGEE-Europe managed to gather more than 500 young people around this event (in the different cities and through the streaming).

This Night of the Seven European cities co-organised by AEGEE / European Students’ Forum, Association des Amis de Franck Biancheri, Leap/Europe2020 and Newropeans Club has won the Charlemagne Youth Prize of Bulgaria! Congratulations to AEGEE-Sofia. AEGEE-Eskişehir, AEGEE-Leiden, AEGEE-Kyїv, AEGEE-Bergamo, Aegee Catania and AEGEE-Aachen who have brought a borderless Europe together by the seven parallel events and the livestream conference on the 18 April 2015, bringing a historical perspective and a modern look at today’s Europe and connecting thousands of young Europeans!

The European Charlemagne Youth Prize” aims at encouraging the development of European consciousness among young people, as well as their participation in European integration projects. The Prize is awarded to projects undertaken by young people which foster understanding, promote the development of a shared sense of European identity, and offer practical examples of Europeans living together as one community. It is awarded jointly and annually by the European Parliament and the Foundation of the International Charlemagne Prize of Aachen.

The Charlemagne Youth Prize’s Award Ceremony in Aachen will take place on the 3rd of May. Anyone may join in order to witness the final selection of the Prize !

. The event organised by AEGEE-Sofia is the winner of the Youth Charlemagne prize for Bulgaria. They are now competing against the 27 others national winners for the european prize. More information here

. Any questions related to the Charlemagne Youth Prize Event or willing to confirm you participation? – please write to info@franck-biancheri.eu

Previous: AEGEE Cluj-Napoca’s spring event is taking shape with the support of the AAFB!
Next: Euro-BRICS YLP: When highly educated, interconnected and multipolar youth get to know about Franck Biancheri