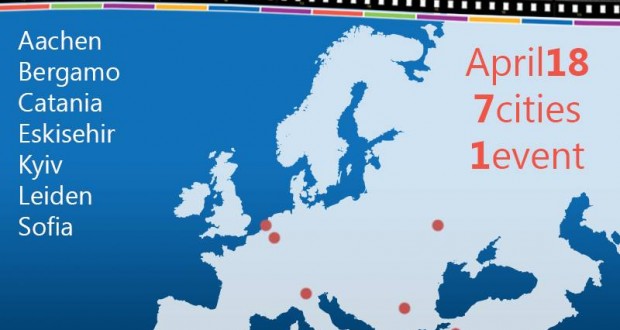 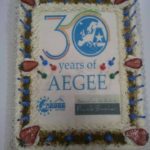 Some months ago, Philippe Portalier proposed that this donation could go for a re-edition of the famous “Night of the 7 antennae”, organised in 1986.

The first edition of this event, organised by some of our members (Philippe, Mica…), was a technological feat: in 1986, at a time when the internet didn’t exist, seven cities were linked through video-satellite during a whole night of political discussions, concerts, even fashion show, etc…

For this new edition, AEGEE-Europe managed to unite more than 500 young people around this event (in the different cities and through the streaming).

Our members had a really great time participating to this event. Here are some comments they came back with: 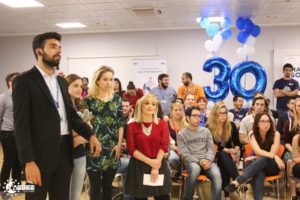 “It was a great pleasure to be there and a valuable opportunity to be connected to the future – the youth :)”, said Caroline Lubbers, who attended the event organised by AEGEE-Catania.

Geta Grama was in Bergamo: “I personally found this event genuine, creative, mind opening and refreshing”. 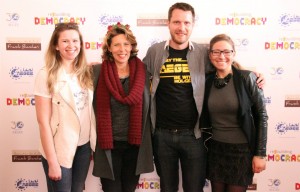 Marie-Hélène Caillol who went to Kyiv, fully participated in the whole event: “When I say “three days spent”, it really mean it, since I followed all their programme, including parties and dancing 🙂 What a great atmosphere!! … I came back with Kiev in my heart… entrusting them not to give me a heart attack :-)”

Topics of discussion were quite diverse, depending on the location of the event:

Marie-Hélène Caillol: “The Kiev conference was really amazing for many reasons: cordiality of participants and organizers, perfect organisation, major focus on content… They had workshops on democracy and youth participation, which were incredibly rich. In Kiev, fighting for democracy means something and Western Europeans should really learn from this vigilance… “

AEGEE is indeed a very different organisation now than it was 30 years ago, which was quite surprising for some of our members:

Harald Greib who travelled to Aachen noticed: “ I had to do my presentation and lecture in English – French or German not being understood – which I told them was a dead-end street, if AEGEE wanted to be a European organisation (keeping up Franck’s spirit). “

But some things never change: 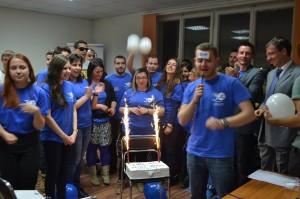 For Kiril de Jacquelin, who went to Sofia: “On one hand, I found very enthusiast young people, all happy to be there. They were welcoming with me and also with the foreign AEGEE members. You could feel the interest of everyone, the eagerness to meet different people, different cultures and strong desire to celebrate all together. I really made a 25 years flash-back to the time when I was so excited through Prometheus-Europe (the citizen organisation Franck created right after AEGEE-Europe) to meet so diverse people from everywhere. This experience helped me so much to open my mind and to discover the European side of me. These students had obviously the same spirit.”

For Geta, the same thing occurred: “Mostly, I admired their get-together attitude on the Sunday morning when, after a whole night of drinking and pillow-fighting, they got to the conference room, ready for debates, with their rebel hair wonderfully showing the last hours of fiesta, but their mind thinking of the European student life improvements and challenges. And that was something that simply filled my heart with joy, admiration and human beauty.” 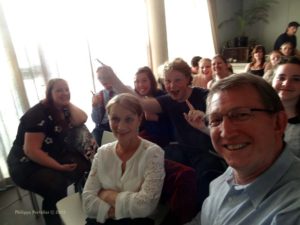 Philippe even took a selfie 😉

All AAFB delegates were invited to host a workshop on Franck Biancheri and his ideas during these conferences, which conveyed a significant impact:

Kiril noticed that: “Franck was generally seen as an icon and, as a close to him person, I benefit some kind of high respect from them. I was listened to like an apostle saying the word of Jesus. Moreover Franck’s words are very much valid these days when Europe needs to face so much challenges and threats.” 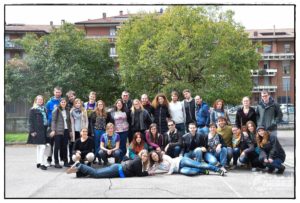 For Marie-Hélène Caillol: “I don’t think the people gathered in Kiev knew a lot about Franck yet, all the more since it wasn’t only AEGEE-students who participated, but now they do! They know about his ideas on EU democratisation, his view of democratic process of enlargement which never took place and led to today’s chaos with Ukraine but not only with Ukraine… They have understood that Franck was never against enlargement but against the “method” used. And they know more about where they come from: the Erasmus story was extensively told and raised pride in them… so I hope.”

To finish with, here are the words of our president: “Of course the Night of the 7 Antennae streaming was far from its 1986 version… but what’s important to me is that we all felt a powerful European spirit during the 2-hour broadcast, despite the low quality of sound, image, etc…, and that it seems that after this “rehearsal”, the students are eager to make the “real one”!… And why not then an AEGEE-TV on this basis… not just for AEGEE by the way…”