Don´t miss
Home / Tribune / When the South burns, the holidays of the northern Europeans go up in smoke … 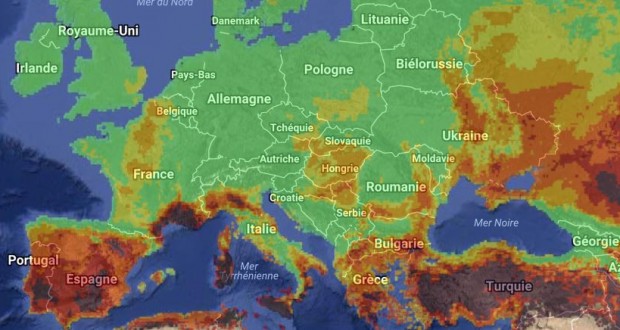 When the South burns, the holidays of the northern Europeans go up in smoke …

In mid-June, Portugal had more than 60 deaths in forest fires (Portugal, Tote bei Waldbrand – Feuerwehr ueberfordert, Spiegel 19/06/2017), leading to the decision to cut eucalyptus tress and to limit their plantations (Portugal to limit eucalyptus groves to reduce wildfires, ABC News, 19/07/2017).

But besides sending selfies and videos of these dramatic spectacles what does Northern Europe do?

These fires ruin not only holidays, but also lives, properties, heritage of the people who live in these areas, who work there, leaving behind totally disaster-stricken sites, which will only have to be rebuilt on their fields of ruins, to which the Nordic tourists will no longer go. Because when the South burns, it is also the heritage of the northern Europeans that is consumed, and not just their holidays that go in smoke …

In 2005 Franck Biancheri argued for the establishment of a vast trans-European program combining:

A common policy that would greatly increase the effectiveness of fire fighting in the South and enhance the sense of a common natural heritage in the North.

The European institutions established in 1998 the European Forest Fire Information System (EFFIS) and in 2012 the Copernicus EMS, a mapping and early warning component, it still lacks of means and tools (why not a European fire-brigade?) to provide the necessary help and those for the prevention by education (“how to behave in the forests of southern Europe”).

We invite you to read it again here: Inaction commune: il y a vraiment le feu à l’Europe (2005 – in French)