Tanja Masson-Zwaan, Secretary General of the first AEGEE Comité Directeur, President Emerita of IISL, nominated as Officer of the Order of Orange-Nassau 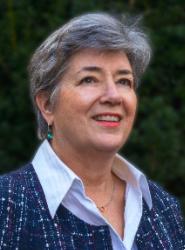 In the name of the members of the association des Amis de Franck Biancheri, and on my behalf, our heartiest congratulations to one of the oldest friends of Franck Biancheri, for the nomination as Officer of the Order of Orange-Nassau – a civil and military Dutch order of chivalry recognizing people who deserve appreciation and recognition from society for the special way in which they have carried out their activities.

We are both proud and honored, and thank her for her loyal support to the association des Amis de Franck Biancheri, and faith to Franck’s memory.

Marie-Hélène Caillol, President of the AAFB

From the Secretary General of the first AEGEE Comité Directeur (CD), under the presidency of Franck Biancheri, to the nomination as Officer of the Order of Orange-Nassau, 35 years of eurocitizens commitment.

Tanja Masson-Zwaan, met Franck Biancheri, end 1984, when he was preparing the organisation of the huge EGEE1 congress in Paris in April 1985. She agreed to organise a small group of students from Leiden to go to Paris and also joined the association. After that she was strongly involved in the further development of the organisation, became Secretary General of the first CD of (A)EGEE, under Franck Biancheri presidency (founder of AEGEE), for a 3-year period (April 1985/April 1988).

She was part of the team of AEGEE students selected to meet French President François Mitterrand in the spring of 1987 and sat next to him at the famous “Erasmus” lunch at the Elysée Palace in Paris. (click on the photo to enlarge it)

Subsequently she devoted her career to research on air and space law, both international and European. She is the leading specialist in this field and for 9 years she was President of the International Institute of Space Law (IISL), of which she is now President Emeritus. She was a member of the founding boards of the European Centre for Space Law (ECSL) and Women in Aerospace-Europe. She is currently Deputy Director/Assistant Professor of the International Institute of Air and Space Law at the University of Leiden (Netherlands) – (See her profile here: University of Leiden).

In May 2013 she organized together with LEAP2020 the BRICS-Europe-space cooperation symposium in Leiden, an event that had been prepared by Franck Biancheri, who died prematurely.

Ten years ago, she shared with us a memory of this unique student adventure, which we publish again in this issue: EGEE1: a brilliant and visionary decision… Interview with Tanja Masson-Zwaan (April 2010)

Previous: EGEE1: a brilliant and visionary decision… Interview with Tanja Masson-Zwaan (April 2010)
Next: France-Germany – People on the leading edge. By Franck Biancheri (2003)