You will find below the first leaflets of Newropeans for the European campaign of 2009, these had been published in several languages, here English, French, German, Italian and Dutch. Newropeans campaign for the 2009 European elections was, after IDE (Initiative for a European Democracy) in 1989, the very first experiment for a transeuropean political party/movement…* 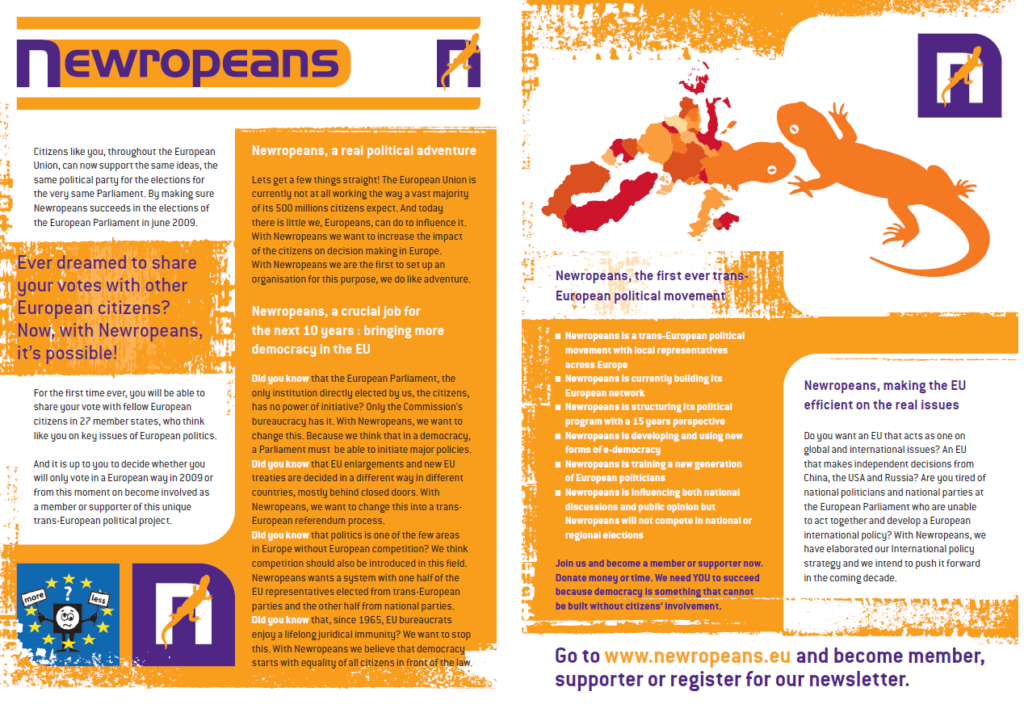 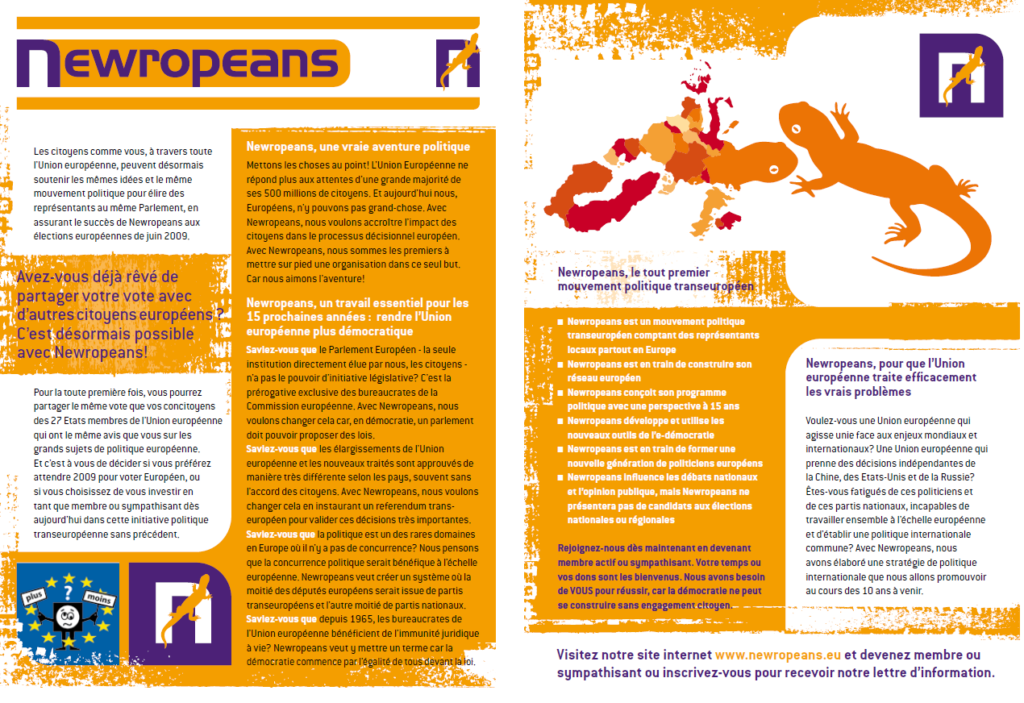 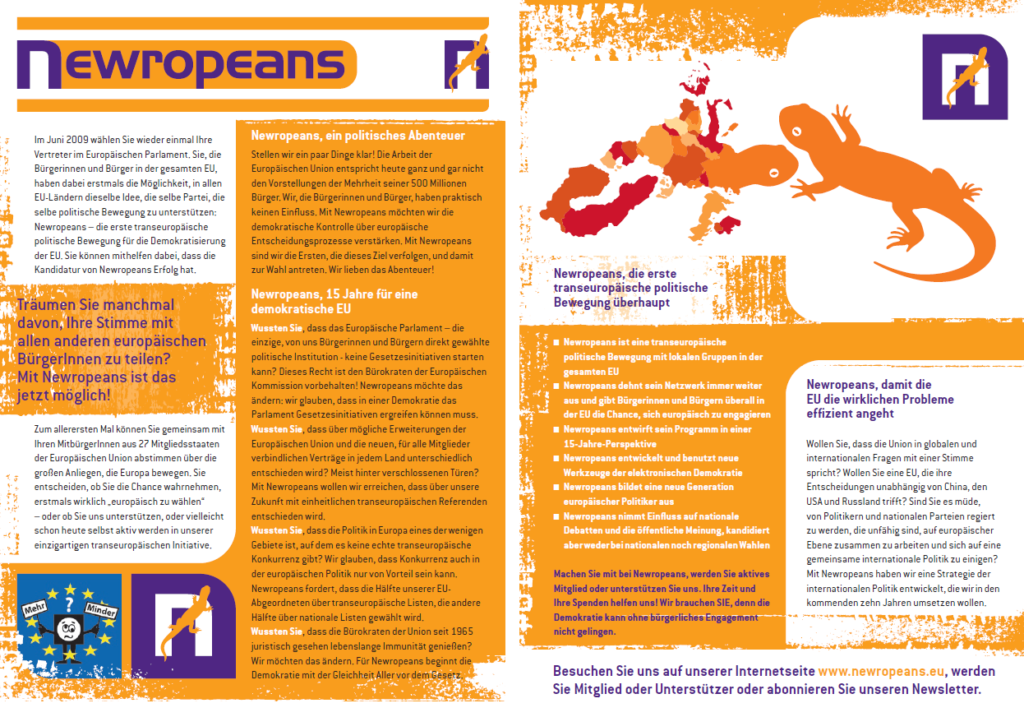 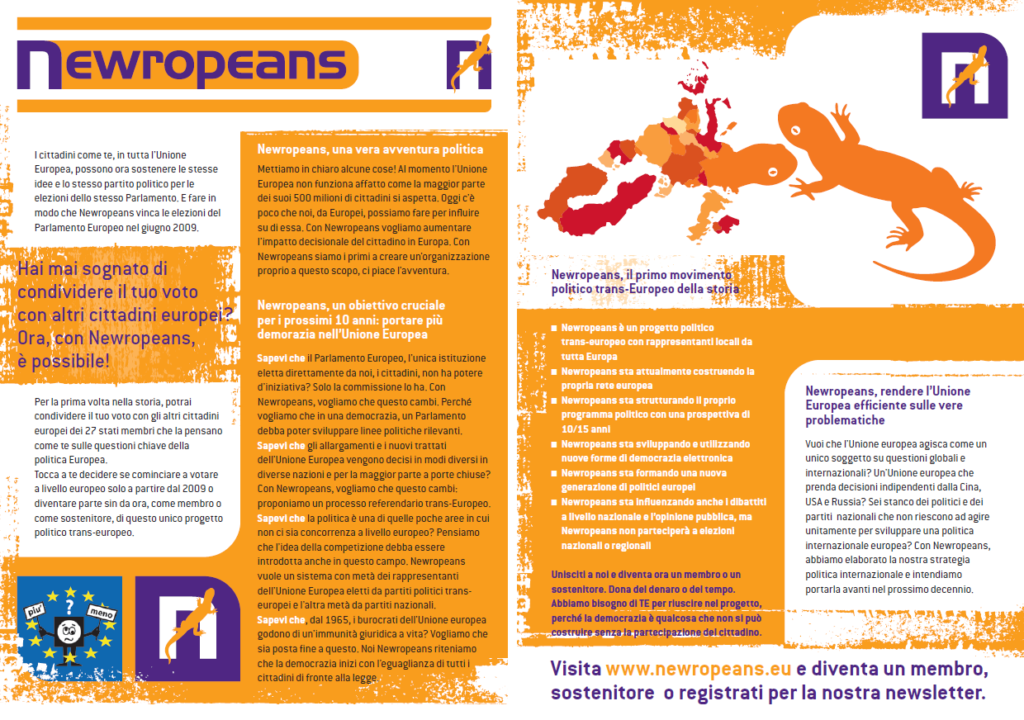 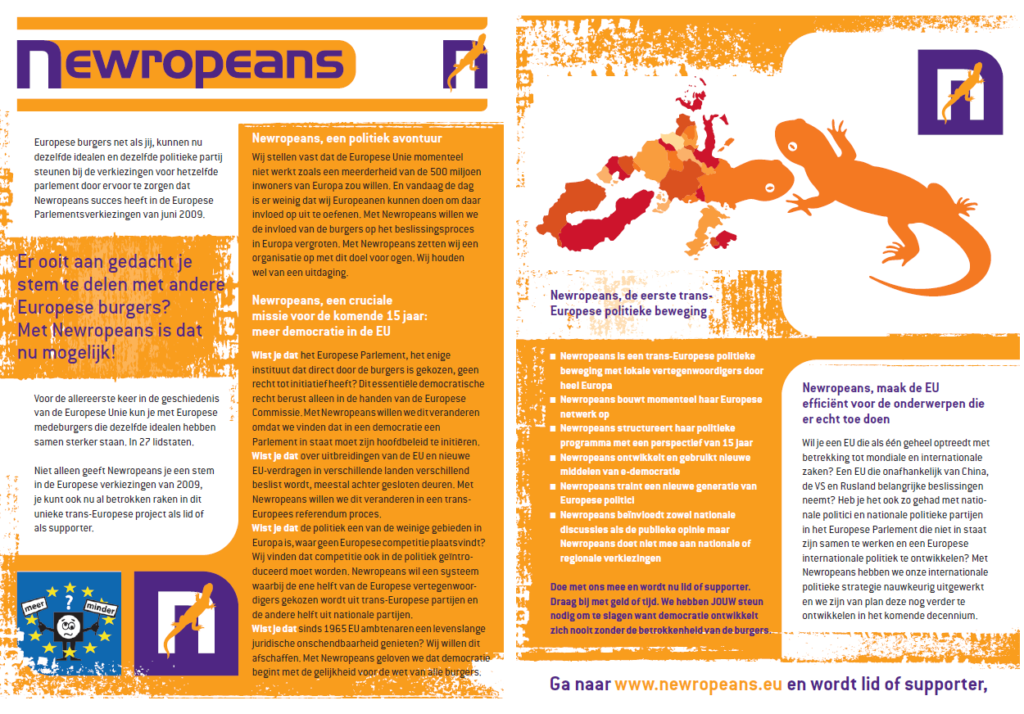