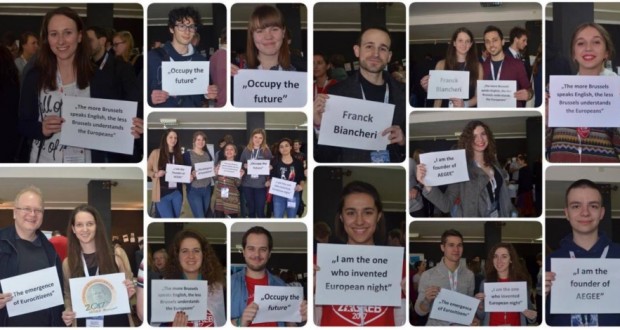 Marie-Hélène Caillol was in Zagreb (February 23-27) together with AEGEE-Budapest for the European Planning Meeting, to promote the conference organised for the Franck Biancheri Award in Budapest next April 21-23.

They presented the conference during the EPM AEGEE-Fair with a stand specific the  memorial aspect of Franck Biancheri as well as the conference logistical details and warmly answered the frequently asked questions. 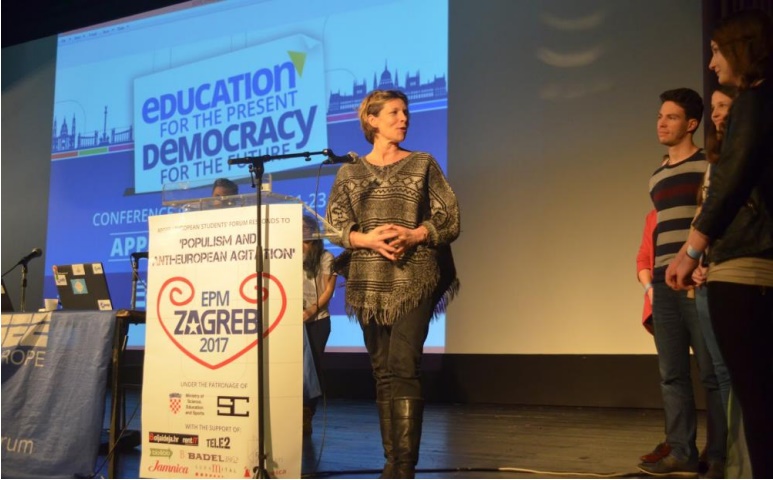 About the Budapest Conference….

The focus of the main conference is based on the paper written by Franck Biancheri in 2001 when he foresaw the risks of non-democratic deviation arising from the foundations of the EU, mainly based on a common currency instead of a direct, democratic involvement of citizens.

During 2016, it has been possible to see how the lack of civic education is leading to the rise of populism and extreme ideas as well as to a return of hate and separatist movements. Furthermore, this unstable moment of crisis is linked to a democratic deficit and a breach between the citizens and the institutions. This cycle has to be broken to make young people’s voices heard.

For this reason the conference would be the starting point of an itinerant project with a strong focus and clear message. The message of the urgent need of civic education will be spread across Europe (universities, streets, meetings, etc.) with AEGEE members and the youth from all over Europe.