Don´t miss
Home / Quote of the month / It is clear that the existing national political parties can not serve two masters: national and European (Franck Biancheri, IDE 1989) 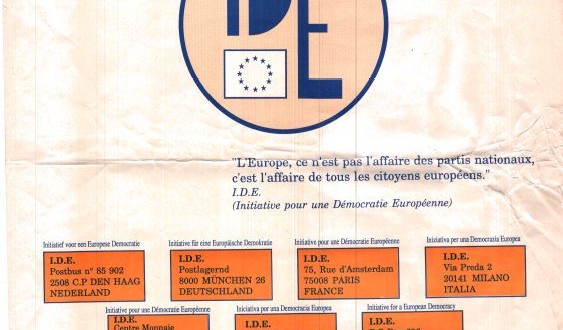 It is clear that the existing national political parties can not serve two masters: national and European (Franck Biancheri, IDE 1989)

Posted by: Marianne Ranke-Cormier in Quote of the month 02:11 PM

Around 30 years, this quote is soon 30 years old! And it was not just words, he did it: with IDE, Initiative for a European Democracy, the  very first European political party launched by Franck Biancheri in 1987 for the European election in 1989, and in 2009 with Newropeans. One sole European structure, one sole programme, one campaign, one assembly of people electing their candidates for the differents countries.

30 years later, in 2019, will we have shown that we Europeans of the post-treaty of Rome and post-Erasmus generations, are progressive and innovative people, showing the world nations that our requirements on them concerning the democratisation processes are equal to our capabilities to sustain our own democratic principles and invent tools and ways belonging to the 21st century in order to keep them alive? Will there be more than just words and two experiences? We hope not, we hope Franck Biancheri’s words and actions for a democratic Europe of citizens will not remain in vain… 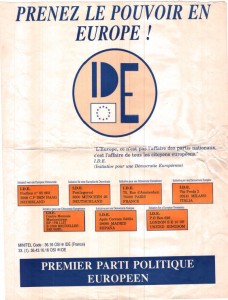