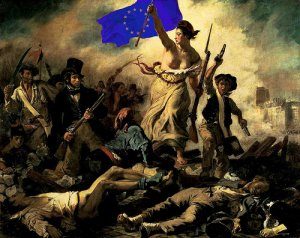 Volt, a transnational political party that is running in different European countries for the elections next May, recently published a call entitled “Abaissons les barrières à la démocratie pour permettre la représentation de tous les citoyens” (Let’s lower the barriers to democracy to allow the representation of all citizens) (in MediaPart, 25/04/2019), co-signed by the EFP, PACE, European Democracy Lab, Europa Nova, the pirate party and others.

Of course we support such an initiative, France is, along with Italy, the most undemocratic country.

BUT! for the European elections to be truly European and democratic there must be a single procedure that puts all European citizens, candidates, parties and voters on an equal footing. Otherwise we will not get out of the nationalist prism of this election, whose challenge is precisely to allow the emergence of real trans-European parties, and not just transnational ones.

If all those who are crying today about the electoral injustice in France had supported the democratic front at the time and this petition, the 2019 elections would certainly have been quite different from the democratic and trans-European perspective.

But what a pity, waiting until the day before the election (when some have already been confronted with this problem and were aware of the unfair situation in France, including the media), concocting an action well away from the eyes of other political parties and movements, particularly the pioneers of all these movements and parties – that could have given it a historical and truly trans-European weight, and finally allowing themselves to be locked into a national-national framework without bringing the European dimension to it, far away from the project of European democratisation put forward by Franck Biancheri in 1989. Three decades lost… hopefully it’s not more!

Previous: Anne Hidalgo declares “I am in favour of voting from the age of 16 and we are going to experiment with it in Paris” (AAFB in brief)
Next: ‘Being a Europeist was my beginner’s mistake’: Is Elisabeth Lévy sure she won’t become a Europeist again? (Marie-Hélène Caillol)