‘Being a Europeist was my beginner’s mistake’: Is Elisabeth Lévy sure she won’t become a Europeist again? (Marie-Hélène Caillol) 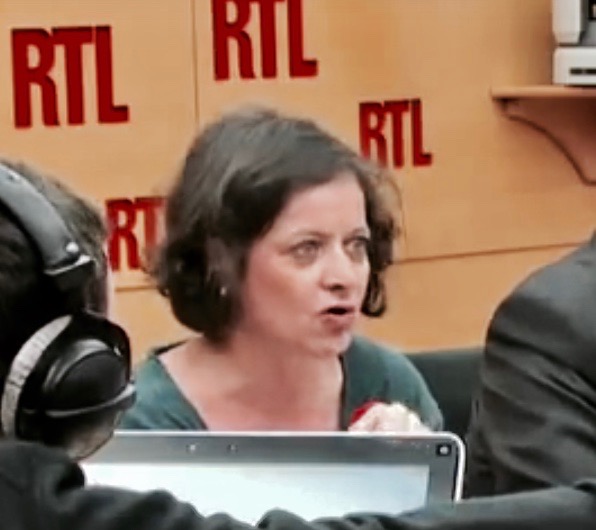 No doubt, in order to be considered interesting by our unanimously tabloid-ed media, no need to have ideas, a nice dose of ‘name-dropping’ will do. The French media have never talked more about Franck Biancheri since a French Minister, who became head of the LREM list in the European Elections, is suddenly revealed as an offspring of his movement.

After Ouest France, the Huffington Post, L’Internaute and Le Parisien, it is now the turn of the very right-wing magazine Valeurs Actuelles ​ to attack Nathalie Loiseau’s ‘Europeist’ past… cleverly associated with an earlier far-right past, thus creating some confusion between two very distinct moments in Mrs Loiseau’s political life.

Clearly, those articles have no other aim than to discredit Mrs Loiseau. And it is quite revealing of these intellectually troubled times that the ‘Europeism’ of someone running for the European Elections is actually discrediting!

Nevertheless our attention was drawn this time by the fact that the author of the article came across a new bone to chew: Elisabeth Lévy (for the non-French readers, an intellectual provocative columnist, darling of the Parisian political and media world) was also on this IDE list of the European Elections of 1989 created and led by Franck Biancheri. Better than that, she actually regrets it! And she uses a deliciously contemptuous word: ‘Being a EUROPEIST was my beginner’s mistake’

Taking a closer look, we realise it’s all her youth that Elisabeth Lévy must regret: left and pro-European in the Mitterrand years, she is now right-wing and euro-skeptical… If only idiots do not change their mind, E. Levy must be very clever indeed… unless our columnist is simply a perfect weather vane under a provocative surface.

But above all, if Mme Lévy had sincerely paid any attention at the time, she would have known that the Biancherian project had nothing Europeist in itself; that Europeanism is an intellectual movement of the 1920s designed to prevent Europe from falling back into the wanderings of the First World War; that this movement partly led to the wanderings of the Second World War as a result of a fascination with the European dimension of the Hitler-Franco-Mussolini- & CO of the 1930s; she would have known that Frank Biancheri hated everything that was ideological, such as Europeism, Nazism, Communism or the United States of Europe; that he fought for more than 25 years to avoid the ideological Europe or the Europe-empire or that Europe of the grandsons of Hitler-Franco-Mussolini-and-Co as he called it; that in order to avoid Europeism, he advocated for a democratic Europe, anchored in the projects and the will of the Europeans and not in the irreconcilable ones of the Member States or the illegitimate ones of the Brussels technocracy or the unacceptable ones of the lobbies; she would have known that it is by principle of reality and not by ideology that he has strove to create a capacity for political action at the most important level of decision-making that the European level had “de facto” become; that it is precisely why he launched AEGEE (the European Student Forum), then the first trans-European political party of history and that, against all odds, he pursued his idea until his early end!

Mrs Lévy has no reason to be ashamed of this passage by the most innovative political experience of the last 30 years: Biancheri was anything but a Europeist !

However Mrs Lévy would better be wary of herself! There was ideology in her European commitment in the 80s… she actually admits it. There is ideology still in her current Euro-skepticism: what else could be this sovereignism proudly sported now by her?

Franck Biancheri had predicted the arrival of national-Europeanism or Euro-sovereignism if our democratic Europe failed. Given the shape the next European Election is taking, Mrs Levy is probably approaching the moment when she can reconnect her Europeist youth with her sovereignist maturity to applaud with both hands the newly born sovereignist Europe.

Mrs Levy, you likely still are a Europeist soon to become aware of it!