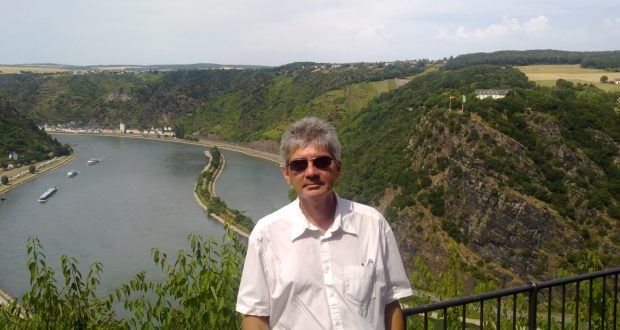 The history of Europe is like a multifaceted diamond. Everyone sees the same diamond… but no one sees exactly the same facets.

This quote from Franck Biancheri, who died 7 years ago, on 30 October 2012, also applies to his own personality. All those who have met him during their journey, Europeans, citizens of the world, can testify to the multiple facets of his personality, but he still left them all a common facet: he was the embodiment of the Promethean figure of the “European generation”.

Because there are many parallels between the mythological figure of Prometheus and the atypical destiny of Franck Biancheri. Starting with the one that the latter established himself in 1989 by naming “Prometheus-Europe” the citizen organization that occupied it from 1989 to 2000. There is also this disturbing detail of the liver disease that killed him in 2012….

Beyond these “anecdotal” clues provided by his archives now held by the Jean Monnet Fondation pour l’Europe, Franck Biancheri has indeed spent his life trying to steal fire from the gods and bring it to mankind: by informing Europeans about European policies, by making citizens aware of this new dimension of their civic identity, by inviting them to “integrate the European dimension”, by formalising the characteristics of “enhanced citizenship” necessary for the advent of a European democracy, by opening channels of communication between citizens and European institutions, by creating the vehicles for representing the interest of a European demos to “Brussels” decision-makers, by warning against the consequences of a European Olympus disconnected from land realities.

It was indeed at the service of Europeans, much more than that of Europe, that Franck Biancheri put his intelligence and his will by launching in 1984 at the age of 23 into a protean fight for the democratization of this new level of governance. As he said: “The most interesting thing about Europe is the Europeans”.

Like Prometheus, Biancheri’s destiny is made up of shadow and light, success and failure, love and anger, pessimism (that of intelligence) and optimism (that of will). And it is difficult to conclude on the contribution of a man who did not go to the end of the road he had set himself, caught up at 51 years old by the disease that had taken him off the beaten track at 20 years old. But it is also the interest of the task that the Association of Friends of Franck Biancheri, which we now represent, shares with the Jean Monnet Europe Foundation: to establish this assessment of a journey that is both unique and emblematic of an era, that of the “European generation” – having grown up in a continent where borders were crumbling, where the ERASMUS programme was unfolding and on whose horizon the Euro was taking shape.

07:55 PM
Marianne Ranke Cormier
Previous: Balkans need an european global vision and not a cherry picking strategy
Next: Europe’s destiny is escaping the two “Greats” and it will come knocking on the door of the Europeans