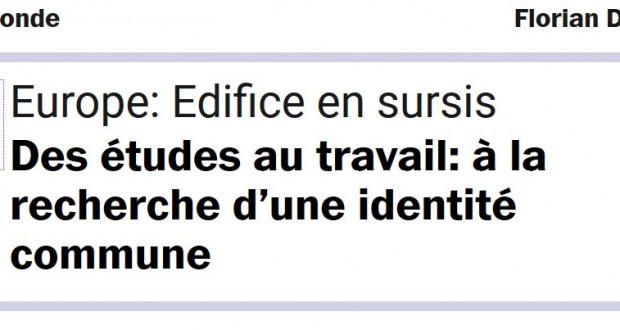 Broadcasted by France Culture 17/02/2016 by Florian Delorme. This third part was devoted to the European cultural identity and the question whether Erasmus almost 30 years after its creation will be enough “to forge European citizenship“?

Talking about Erasmus, inevitably reminds AEGEE (Association des Etats Généraux des Etudiants de l’Europe) and thus Franck Biancheri. Florian Delorme, the journalist reminds Franck Biancheri and AEGEE’s role in the creation of the Erasmus program and stressed that it was citizen engagement that brought Franck Biancheri to work for the realization of the Erasmus program, as subsequently it was throughout his work on the European democratization: “… It is the political commitment that will allow the establishment of Erasmus, but it is also a civil commitment. We must also remember the role of the Association des Etats Généraux des Etudiants de l’Europe (AEGEE), the association has worked hard for this implementation of political commitments, in a few months it’s thousands of students from all over Europe who will join, more than 10,000 students will quickly gather around Franck Biancheri, who later became a politician, he was President of Newropeans a trans-national European movement, but from his commitment is outside any institution, outside any party and he was revealing this civil society’s commitment … “

Previous: The Franck Biancheri Award 2016 to AEGEE-Cluj was an amazing success!
Next: How Europe in 2009: could end up in the hands of the post modern great grand sons of Hitler, Franco, Mussolini and Petain. Franck Biancheri, 1998