On 9 May, Europe Day, the history of the European Community is at a turning point: for the first time, its citizens will be able to vote for the same political programme in several countries. European elections 1989 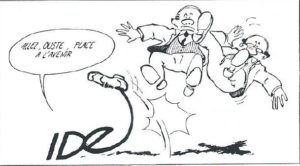 On May 9, 1989, 30 years ago, Philippe Portalier, founding member and candidate of the IDE list in France and founding member of the AAFB, signed the editorial of IDE’s Info newsletter n°11. In 1989 IDE was the very first trans-European political party in the history of Europe.

On 9 May, Europe day, the history of the European Community is undergoing a decisive turning point: for the first time, its citizens will be able to vote for the same political programme in several countries.

Indeed IDE has just officially registered its lists of candidates for the next European elections in the Netherlands, where the guarantee has been posted, and in Spain, where the list is supported by 69 local elected officials. With the submission of the list in France (before 2 June), IDE achieved its first campaign objective; to have eligible candidates in at least 3 Community countries; the second one remains: to get 5% of the votes during the “race to the European women” on 15 and 18 June 1989.

Let make of this 9th May a day to remember all those who have contributed to giving Europeans a future!

In the same newsletter are published: 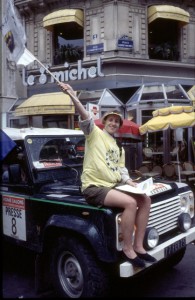 Previous: Eurocitizens versus National Parties· The Match is commenced! (Franck Biancheri, 1989)
Next: Erasmus, the European antidote to withdrawal (Le Monde, 14/05/2019)