“Being a citizen is a voluntary act”. Franck Biancheri (2009)

Posted by: Marianne Ranke Cormier in FB Doc Selection, IDE / Newropeans, Quote of the month 10:47 AM

Europe on Track, AEGEE-Europe‘s working group, organised a tour of meetings of local branches in 2019 on the theme: “Looking for the future of Europe through youth participation“. On the question “what form of participation“, 52% of the young people interviewed answered “volunteering” (45% demonstrations and 43% petitions, knowing that one way does not exclude the others). 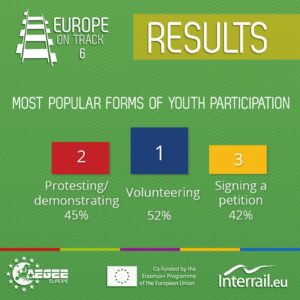 This answer responds to Franck Biancheri’s civic convictions: “Being a citizen is a voluntary act“. One of the reasons why he has always felt that fighting for democracy, through the different movements he has initiated since AEGEE, IDE, Prometheus-Europe, Newropeans, Europe2020… must remain voluntary commitment, and voluntary means free. As citizens, we work for ourselves but also for our society, others, it is a gift from oneself. This required a great deal of self-sacrifice and a great sense of humanism, two qualities that Franck Biancheri carried within him, as did many others of his fellow travellers. And today we can only congratulate these young people, who take to the streets, but above all who commit themselves with the energy of their convictions for their future.

We invite you to watch Franck Biancheri’s very short video (in french) on this subject “Being a citizen is a voluntary act”.

Previous: Little political comments from a Euro-Citizen (4): Democracy at stake, from Russia to the European constitution – Franck Biancheri (2004)
Next: GEAB by LEAP: Banking system, oil, digital world… the end of our worlds facing the resistance to progress (June2019)