Don´t miss
Home / Tribune / Comments on the German elections – “The East Strikes Back”? (by Christel Hahn) 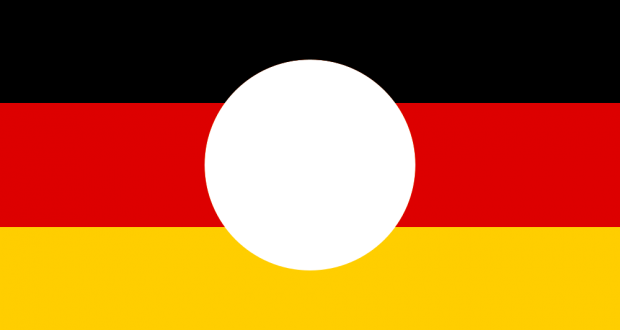 Comments on the German elections – “The East Strikes Back”? (by Christel Hahn)

Posted by: Marianne Ranke-Cormier in Tribune 08:35 AM

The first point to be observed is that the result of the elections is very different from the latest polls. The CDU was given to 37% and it ended to 33%, while the AfD was given around 10% and ended to 13%. There is a problem with polling lately, polling with a new party (AfD) is inaccurate and it does not take in consideration the very strong social media campaigns the last days, like the one conducted by the AfD against Merkel. (Example for the last-minute-message of this campaign: “Merkel herself asks for her own voting out, because she asks to only vote for constitutional parties, but she is the one who broke the constitution by letting refugees in”… ).

Sputnik: AfD: “The East Strikes Back”2?

AfD did not get 35% in Sachsen, as is claimed by Sputnik here, but 27%3. 35% was the result for Frauke Petry, who just left the AfD (I think this high success of Sachsen-AfD is to a large extend due to their conservative and not extreme right position). Petry (who stept down as president and now left the party) split from AfD (together with several Länder parlamentarians calling it an anarchist party (which is true, they said yesterday explicitely, the dont want to make positive proposals, but just attack)4.

What the article describes, what happened after unification is certainly one of the reasons. This was a shame, what happened then. But the description is also one-sided, also a lot has been done to develop east Germany. This “a lot” is not enough, given the past: east-Germans have lived in a totalitarian, suppressive regime (some even in 2 totalitarian, suppressive regimes). And then they were thrown into developped capitalism (that took no time to exploit the situation), but also their economy had no chance as it was broken. So “a lot” is not enough.

Also it would be interesting to elaborate, what role the DDR’s regime relationship to Nazism plays. How the ideology and the people of Hitler’s party were treated was totally different in the DDR compared to the BRD. Many more old Nazis made it into the DDR than into the BRD for example. And, as you can imagine, in a totalitarian regime the re-education works different than in a democratic one.

Also it’s not only the scapegoat, but more the feeling, that much more is done for refugees than for the ordinary citizens. This argument is repeated again and again (not only in the east). And you could say, east-Germans were then in a similar situation to refugees now. They were left alone then and now citizens (you cannot imagine how much is done through private citizens … teaching german, helping with getting through the administration, looking for medical help …) and the state take care of refugees in order to integrate them, much more as has been done, or is done, for east-Germans.

Another point is, that everywhere in Germany many of the german-russians (german speaking people, who left the UdSSR after and during its breakdown) voted AfD, because it is the only pro-Russia-party. This Russia-issue also played a role for others. By the way, FDP has a soft approach on this, they want to tolerate Crimea.

Why doesn’t Schultz want to join a big coalition with Merkel?

On the evening of the election german TV as always gathered the “elephant round” (all head of parties inside the parliament, so no AfD). Schulz shocked everybody by saying, that SPD has already decided against a grand coalition and by behaving very aggressive towards Merkel5 (which is now continued by the new faction leader Andrea Nahles) and where he attacked very strongly the anticipated coalition (CDU/CSU/FDP/Greens (which at that point and now is not even close to being formed and he already has hard words against it)6.
The question was raised, whether he as an European politician prefers a blockade on Germany to highlight the EU’s de facto governance… , but in the campaign and now he did not feel European, but somebody aggressively defending german positions (like when he said in the TV debate before the election, that he would cut european funds, if other countries do not take refugees).
Another question: does he have hope to end up chancellor being the only one capable of building a coalition. No, he has practically no chance to form a coalition. SPD and the Left and the Greens dont have a majority (other constellations have no precedents) and there will be no minority government, neither from Merkel, nor from him, too unstable with AfD. There will be a CDU/CSU/FDP/Greens government (which has already a precedent in Schleswig-Holstein). Or SPD changes its mind (it was a board decision, so little chance, but Merkel announced she wants to talk with them) and again a grand coalition. (Maybe he wants to get a higher price for joining, if the other talks fail. That might be a reason, playing poker …)
One reason is certainly, that the SPD wants to prevent AfD from being the oppositon leader, (but this reason is a very weak and not a “real” reason).

The main reason is the goad to strenghten the SPD, SPD needs to go into oppositon to get a new profile. (Maybe he is even looking for early elections before 2021 …).

IFO Instítute (voice of german economy) on objectives of a new government:

But in an interview Clemens Fuest, head of the IFO institute, warns of new elections now, because Germany should focus on priorities as EU-Reform, digitisation and demographic change. About the Eurozone he says: “Even here, the central objectives are quite similar. All want a more stable currency area that is less vulnerable to crises, and all want more sustainability of public finances. The national parliaments decide the debt policy. The more we communitarize the liability in the Eurozone, the greater the risk that the excessive indebtedness of individual Member States must be paid by taxpayers in other countries. The German Greens do not want that either. The creditors of over-indebted states must bear these burdens. This is exactly what the FDP wants to achieve when it comes to the possibility of orderly state insolvency. To implement this without causing new crises is a challenge, but possible”7.

And FDP on Eurozone reforms:

Alexander Graf Lambsdorff who is on the FDP board and vice-president of the EP and potential next German minister is very strict on this point: no Eurozone budget8.

Germans want change but also stability, they choose for a stable government (also because of Brexit) and a rational state. Merkel embodies this stability. Many say, that she rides on the “Mutti complex” (not daring to go against mom), but I see her rather embodying a good female leadership, many of her traits you can also observe in other female leaders. Additionally she, being a scientist is perceived as being a rational, which she also is…

And many times in her “reign” she has done radical changes (she stopped the nuclear industry, she let in refugees dispite Dublin II, she thransformed the CDU into a second social democratic party, she allowed same sex marriage ….).

Her challenge now will be to integrate the different factions within her party and with her coalition parties and to hand over leadship to the next generation of politicians.

SPD went down as did all other social-democratic and socialist parties in Europe, obviously nobody seriously did analyze this trend and they did a “weiter so” (same as before), for which they attacked Merkel by the way.

SPD has a special problem, that they dont have enough democracy in the party. As with all parties in Germany, they refuse to hold primaries (especially not general population primaries, Greens do primaries among party members) to select the front man. So Schulz came into place through a maneuver by Gabriel, who would not declare what he was up to until last possible moment and then called on Schulz. Schulz now blames this process (but he also does not clearly say, that people or party members should decide). So how can you expect a party that does not have enough internal democracy to support euopean democracy?

But my main point on these parties is, that nowadays the situation of their classic voters cannnot be improved nationally, they dont look into this, but go for the abstract goal of social justice. In my opinion in a globalized society (where Germany is in competition with China, US …) one way for change could be internation trade deals, that focus on social issues. The next option is social europe. And another option is to drastically reduce export orientation of german industry.

1 tagesschau.de
2 sputniknews.com
3 focus.de
4 reuters.com
5 spiegel.de
6 welt.de
7 spiegel.de
8 liberale.de
[the picture represents the East German flag with the carved emblem, used by many East Germans before reunification (1989).]
08:35 AM
Marianne Ranke-Cormier
Previous: How to avoid having the Copenhagen Summit go down in history as a missed opportunity: the successful enlargement of the European Union! (Franck Biancheri, 2002)
Next: Interview of Marie-Hélène Caillol: Political Anticipation of Global Systemic Crisis (by Hrvoje Moric for Guadalajara Geopolitics Institute)