A feedback on the activities of the Friends of Franck Biancheri for a month: Salerno, Brussels, Krakow, Milan, Bergamo, Paris

In one month the association of the Friends of Franck Biancheri was welcomed on various events in Europe. A tour in pictures:

■ From 13 to 15 April: FB Award 2018 in Salerno on the subject “Representation NEEDS participation” 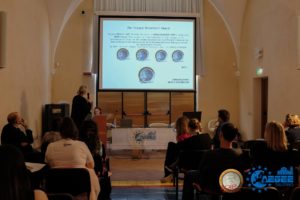 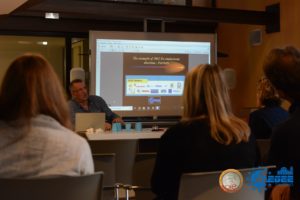 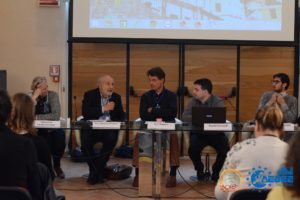 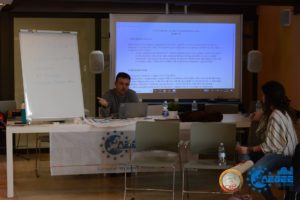 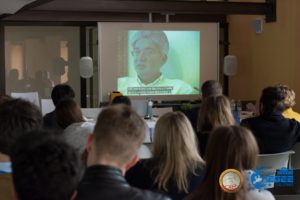 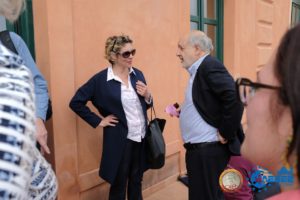 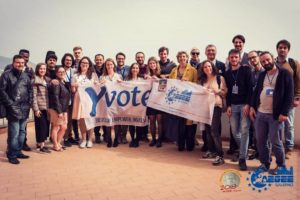 The Franck Biancheri Award was won this year by the AEGEE-Salerno antena. Marie-Hélène Caillol, president of the association, and Marianne Ranke-Cormier, vice-president, were present at this event in the beautiful city of Salerno, south of Naples. The students of AEGEE-Europe have been able to discover through different workshops the reality of trans-European political activism. Presentation of Franck Biancheri’s ideas and activities on European democratization, lively debates on European speakers (Virgilio Dastoli, Jens Baganz, David Carayol, JEF), workshops on the challenges posed by the creation of a trans-European political party, presentations IDE, Newropeans (David Carayol), e-elections (EUSV: Régis Jamin and Election-Europe), but also projects of the future such as #CitizensRoute2019, meeting with Fabrizio Moscati the founder of AEGEE-Salerno. Three intensive and friendly days to prepare the young people, and in particular the Aegeans for the 2019 election and to take over, within the framework of their projects like the Civic Education Working Group of AEGEE-Europe or Y-Vote, but also in their lives as activist European citizens.

On Tuesday 17 April, the # CitizensRoute2019 organized its 4th e-platform “Addressing the challenges of the transeuropean dimension in politics“, inviting the trans-European political movements to discuss the challenges posed by the 2019 European election campaign and to exchange their points of view about their ways/choices for dealing with it.

Erik Edman (Diem25 Belgium), David Carayol (Newropeans), Yves Gernigon (PFE), Maarten de Groot (European Citizens Initiative), Adrian Taylor (iCAN, New paradigm for Europe) our guest speakers, each of them introduces one of the eight pre-defined questions opening the debate between them and with the participants.

-> We invite you to listen to the podcasts of tjis meeting we selected for you: [CitizensRoute2019 e-tribune] Addressing the challenges of the transeuropean dimension in politics

■ April 23rd: launch-conference of the special publication “Euroland at a crossroads”, by leap/anticipolis in Brussels 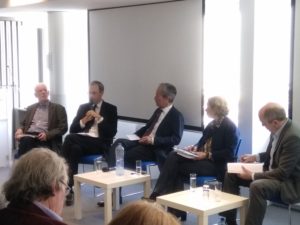 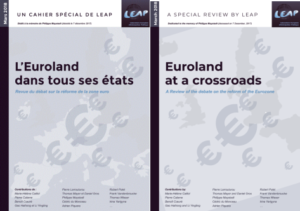 On April 23, 2018, at the premices and with the support of the EIB and of the foundation Ceci n’est pas une crise, the launch-conference of our publication “Euroland at a crossroads” took place.

-> Here is a recap of the various texts and documents related to this event: Everything about “Euroland at a crossroads” and launch-conference 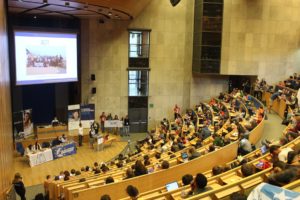 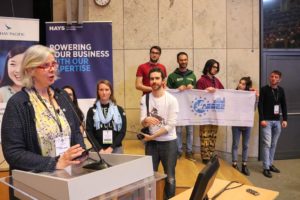 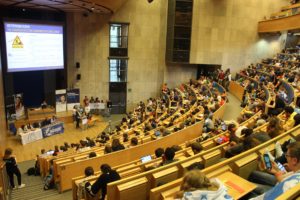 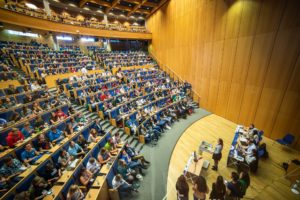 The AEGGE-Europe Spring Agora was held this year in Krakow at the end of April. On the second day of the Agora, teams from the Salerno branch, the Civic Education Working Group and Y-Vote presented the results of the FB Award 2018 and the Salerno Conference of 13/15 April. Marianne Ranke-Cormier, after having invited the antennas to join the Franck Biancheri Award, was invited to present the project of the #CitizensRoute2019, in front of an assembly of some 800 members, responsibles and antennas.

■ May 11 & 12: Participation in the European Networking Meeting à Milan 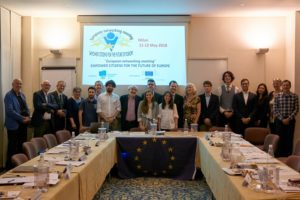 Organized by the European Movement Italy, this two-day event brought together various stakeholders from European civil society, NGOs and political parties with the participation of #CitizensRoute2019.

■ May 13th: meeting with AEGEE-Bergamo “a library for Franck Biancheri” 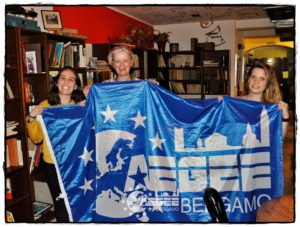 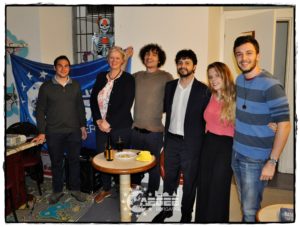 On May 13 we met the members of Aegee-Bergamo who are in charge of the project “a library for Franck Biancheri“ and to judge the progress of the project. The latter is currently hampered by the fact that very few documents and texts by Franck are translated into Italian. A selection of these documents to be translated could be made and then compiled into booklets. Another way would be to propose to the university library books in French and English. The tracks must be exploited by the end of June.

At the end of this meeting, the Bergamo branch organized its monthly euro-café meeting with Brando Benifei, MEP. 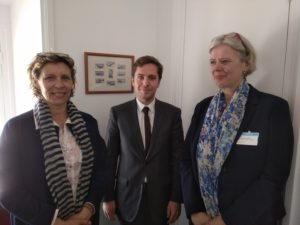 Marie-Hélène Caillol and Marianne Ranke-Cormier meeting Pieyre-Alexandre Anglade, French deputy for French citizens resident abroad, Benelux at the National Assembly on May 23rd, 2018, for the presentation of the #CitizensRoute2019.

Previous: [foodforthought on May 9th] The experience of the ECSC, lessons for Europe today (Marianne Ranke-Cormier)
Next: Franck Biancheri’s friends pay tribute to Nicole Fontaine, citizen for Europe, former president of the European Parliament