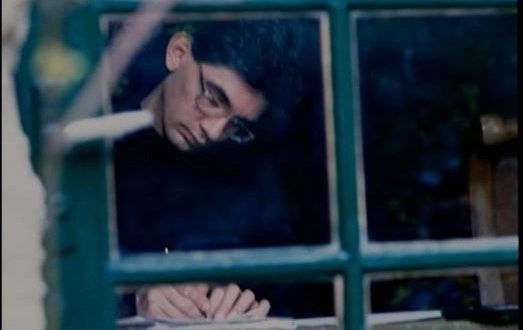 Franck Biancheri would have been 58 years old today.

This year, his friends, gathered in Association to preserve, promote and defend his immense heritage, have a beautiful gift to offer to his memory.

Indeed, we are currently taking an important step forward in the process of recognising Franck’s immense contribution to European history thanks to the Jean Monnet Foundation for Europe, which has done us the honour of welcoming the archives of Franck Biancheri alongside those of Jean Monnet.

The signing of the agreement to donate our archives will give rise to a small solemn ceremony at the Foundation’s premises in Lausanne on 22 March, in the presence of her daughter Carla Biancheri, and to which those who would like to join are welcome to make themselves known (info@franck-biancheri.eu).

Biancheri was the most successful embodiment of the European dream of a generation fed at the breast of ERASMUS, Schengen, and the Euro, the “European generation” born in the 1960s/1970s.

His vision of a Europe drawing its political power and international influence from democratic legitimacy is certainly becoming a reality, but this is happening too late, too badly, too suddenly, and the resulting Europe will be far from the one Franck had hoped for and for which he fought so hard.

Through the acceptance of the records of this journey by the Jean Monnet Europe Foundation, this hope will enter the European pantheon.
If this dream has not yet taken shape, it can, it must still inspire the new generations who are currently developing their own vision of Europe.

We thank you for the testimonies we have received and publish some of the most significant below:

“Beyond the honour in memory of Franck, this is also an important milestone in the history of the construction of Europe. Indeed, as Jean Monnet had done before him, through all the grassroots movements and ´bottom-up’ he set up, Franck also set himself the objective of bringing together men and women committed to the objective of European unification. With his strength of conviction and his method he succeeded. It is therefore very important for researchers and European citizens to have the opportunity to consult Franck’s archives in the future alongside those of Jean Monnet. “Stelios Christopoulos

“It’s a fantastic recognition of the work and I would say of Frank’s life! “Giacomo Neri

“What good news and what a beautiful destination for the archives, congratulations! “Tanja Masson-Zwaan

“I am delighted with the news of this welcome by the Jean Monnet Foundation. “Alain Lamassoure

“I am very happy to learn that Franck’s archives will be housed in the premises of the Jean Monnet Foundation for Europe. “Christian Hunt

“The last 7 years after Franck’s death I have had more of a sense of what achievement means; the achievements that remain are greater than our existence. European History will remember the name, the work, the activity of Franck Bianchieri.“Cleopatra Lorintiu

“We pay tribute to Franck because he left behind him an idea that is making its way as well as many spiritual heirs to carry it. “Philippe Mazuel (PACE)