the European citizenship can not be decreed…

Franck Biancheri, in EUROPE: COMMUNUTY OR EMPIRE? Elements of reflection and principles of action for future European citizens: 1992, the Community at a crossroads. (1992, Editions Anticipolis)

Previous: [25 years of the Maastricht Treaty] 1992, the Community at a crossroads. When Franck Biancheri denounced the risks of imperialist drifts of Europe
Next: Towards a European Prosperity Pact in place of the Stability Pact (Franck Biancheri, 2003) 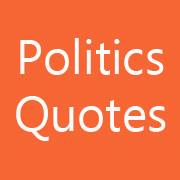 The strength of a network is judged at the information level of the weakest link,

The history of Europe is a bit like a multifaceted diamond…