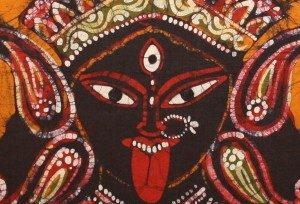 In view of Narendra Modi’s very probable re-election in 2019, it is time to take stock of the Indian Prime Minister’s first term; a somewhat mixed balance sheet, both economically and politically. The partial failure of the demonetisation scheme, the numerous SME bankruptcies, the prospect of a rural exodus of nearly 600 million people over the next two decades, the formation of oligarchic businesses, the clear authoritarian drift in the way of governing, growing inter-religious violent acts and rising inequalities are all presenting a worrying image of the future for this huge country which dreams of outperforming China in less than twenty years. To do this, India will need to rely on foreign investments (FDI – Foreign Direct Investment, to be threatened by prospects of country insecurity) whilst simultaneously maintaining some protectionism. Modi’s India is full of paradoxes and rapid development through growth redistribution around the world is not easily achieved, as it is threatened at many levels of society. That said, this laborious road towards modernisation is to be positioned within a strategy which will extend over at least twenty years.

In 1961, Deng Xiaoping launched in China a ‘growth at any cost’ strategy on the basis of his famous formula, ‘It doesn’t matter whether cats are black or white as long as they catch mice’. In 2014, Narendra Modi applied the same approach to his country. But the road will be long and Indian cats could take on some really worrying colours…

The Agricultural crisis and rural exodus: A major challenge for Indian society

The crisis of the agricultural sector
One sector experiencing a serious crisis, to which demonetisation was unable to respond, is agriculture. More than half of India’s population lives in rural areas, and agriculture, although it is no longer the main source of income, remains central[1]. Still, demonetisation had a positive effect by transferring subsidies directly to a bank account, which many farmers had to create for the first time. Previously, these subsidies were paid in cash to the local authorities who de facto charged ‘commission’ before handing them over to the recipient. Today, this type of subsidy arrives directly and in full to its destination.

That said, the agricultural sector faces huge modernisation challenges and immense difficulties. Firstly, there is the uncertainty that has accompanied a previously well-regulated monsoon that has become increasingly unpredictable over several decades. Regions with the least rainfall are sorely lacking an effective irrigation system. Those exposed to too much rain lack tools to deal with it. To alleviate this problem, the government has promoted a major crop insurance scheme, but this has been the subject of intense criticism from two quarters – the Comptroller and Auditor General and the Centre for Science and Environment.

Both criticise the scheme for having had a very limited effect on the agricultural sector and for having benefited mainly the insurance sector. The latter recorded a gross premium increase of 32%, almost half of which came from the crop insurance scheme[2].

Secondly, the agricultural sector is failing to provide employment for all the locals. The problem of unemployment has not been addressed at all by the demonetisation scheme and this seems to have increased the anger of the farmers, who have demonstrated quite violently in recent months in different parts of the country[3].

These difficulties directly impact the growing rural exodus (the rate of urbanisation of the country has already increased from 27.81% in 2001 to 31.16% in 2011, and the trend continues today[4]). A massive rural exodus in sight
With the share of the rural population at 66% in 2016[5], India has nearly 600 million people who could, potentially, be tempted by this rural exodus over the next two decades! This, of course, presents considerable challenges in terms of urbanisation and the integration of this population into urban centres and into the labour market. When it comes to India’s twenty-year economic development plan, discussed at the beginning of this article, this is perhaps the biggest challenge. At the moment, internal migrants in the country have a hard time integrating into cities. Very often, they find themselves in slums, are employed at very low wages (e.g. in factories, plumbing, diamond cutting, construction) and are subject to terrible conditions ranging from non-payment of wages to physical abuse, as well as work accidents that are sometimes fatal[6]. They do not have union representation and are not taken into consideration by politicians, because they do not represent an electoral force. Many don’t carry out the administrative formalities to be able to continue to vote after having changed states. In fact, migrants from the interior of India are almost all ‘undocumented’.

That said, they are the dream of every entrepreneur; an extremely cheap labour force that will be a central factor in India’s development over the next twenty years.

Huge social tensions looming
But the very great inequalities that are widening at this stage of the process seem to be being managed by violence, and in particular by the RSS militias[7] related to the BJP of Modi[8]. A rural exodus of such a magnitude creates a socially explosive situation. Appalling conditions await migrants from the interior and the reception that is reserved for them could easily get worse, intensifying a situation already largely unstable between religious communities and social classes. Unlike India’s Gandhi-related image of pacifism, it must be kept in mind that violence is extremely prevalent in Indian society:

It is not an exaggeration at all to speak of a highly explosive situation, which could degenerate into clashes totally beyond the control of political authority… Read more in the GEAB 124