Don´t miss
Home / FB Doc Selection / The grand opening: on whom will the bricks of the Berlin Wall fall? Franck Biancheri, 1989

The grand opening: on whom will the bricks of the Berlin Wall fall? Franck Biancheri, 1989 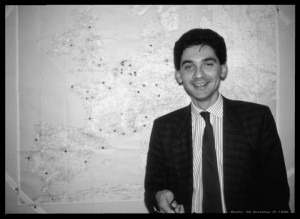 Even before the fall of the Berlin Wall, Franck Biancheri, who with AEGEE, had crossed European roads and therefore crossed the Wall and the Iron Curtain (notably with AEGEE-Berlin and by bus for more than 30 hours), called on Western Europeans to prepare for the grand opening, because for him it was impossible for this Wall between the two German states to resist under the pressure of citizens and the call for freedom embodied in the European project (freedom of movement, freedom of establishment, market freedom…). Preparing for the reunification of Germany was also a key element of the IDE (Initiative for a European Democracy) programme for the European elections in June 1989.

The day after the fall of the Berlin Wall, Franck Biancheri asked the question “What unexpected and perhaps embarrassing results for the European Community are behind this sudden decision?”. And in his article published on November 10, 1989 “On whom will the bricks of the Berlin Wall fall? Or proposals for a common European policy”, he outlines the challenges and tools to be put in place. Because even in the euphoria of the moment, he was trying to anticipate the different scenarios that were then facing Europe for the next 20 to 30 years.

It is a real political proposal in which he called on the leaders in Europe not to let themselves be overtaken by the historic event he represented and to anticipate all the consequences that the fall of the Wall would have for the future of Germany and Europe.

These will be the enlargements to the countries of Central and Eastern Europe, and further on to the Balkans. This will be the urgent need to define a genuine common neighbourhood policy, in particular to offer Russia its place in the geostrategic upheavals that the Eurasian continent was about to undergo. It will also be to invent democratisation tools to enable citizens in both East and West to understand, support and adhere to this new direction that Europe was going to take, while guaranteeing their future in a Europe they would have chosen to support.

-The former Eastern Europe because it has not yet digested its painful past under the yoke of the USSR and is seeking, as it once did, the protection of walls.

-Western Europe, because it has, without admitting it, “badly experienced” all the new openings due to the lack of preparation, anticipation and vision of the European political class, such as the enlargements or the Euro, sees its prerogatives gradually dissolving while it has still not achieved the trans-European democratic counterweight, Hence the rise of extremism, sovereignism and violations of Community rules such as the freedom of movement of individuals…, and of States that are cowering over themselves, at a time when this exercise is completely illusory, energy-intensive and costly.

-The last Wall that remained to be blown up and that Franck Biancheri called with all his heart to allow Europe to finally follow its own destiny, was that of the Dollar, an opening to the world, and in particular to the BRICS.

But Europe, without political leadership specifically dedicated to it, under the sole pressure of its Member States, is also tightening up and preparing to build new walls. They are named Ukraine/Russia, NATO, Schengen, CETA and TTIP (because even free trade are ultimately protectionist fora that are inevitably built up), they are also the inter-generation walls and the Brussels Ivory Tower…

Marianne Ranke-Cormier (excerpts from the introduction to the booklet “1989-2014: From one wall to another” -October 2014) 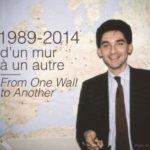 And, in this year of the 30th anniversary of the fall of the Berlin Wall, we invite you to review the special collection published in 2014, which presents a series of texts by Franck Biancheri, but also by other authors, calls to make lasting, political and democratic the changes that the fall of the Berlin Wall and the Iron Curtain have brought about, and to use this soil, these bricks or this cement to build a strong, independent, open Europe, which affirms its values and convictions in the political and democratic process, fulfilling not only the hopes and expectations of its citizens, but also those of the world: 👉 1989-2014: From one wall to another (booklet by AAFB & LEAP2020, october 2014).

Previous: Europe’s destiny is escaping the two “Greats” and it will come knocking on the door of the Europeans
Next: GEAB 139, November 2019 – Global systemic crisis – 2020: The beginning of the stabilisation phase