Don´t miss
Home / Franck Biancheri Network / Petroyuan and Saudi Arabia: From the temptation of the US “Military QE” to the creation of a Middle East 3.0 (GEAB 119, Nov. 2017) 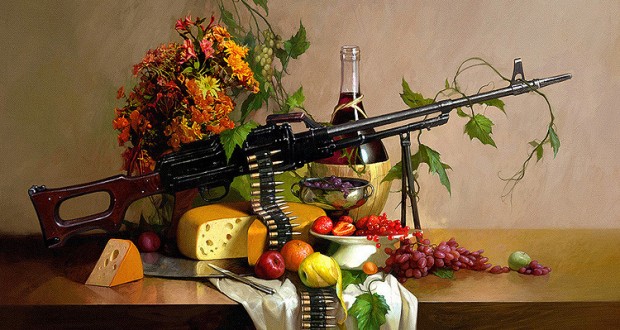 End 2017/early 2018, all major Western Central Banks will be putting a final stop to the 2008 crisis-related unconventional monetary policies, namely the famous quantitative easing policies (QEs) which enabled to provide liquidity to those banks which saw their mutual confidence for borrowing collapse in the aftermath of the subprime crisis.

The European Central Bank, the Bank of England and the Bank of Japan are all approaching a slowdown in bond buyback. In Europe, Draghi has repeated it over and over again[1]: the Central Bank cannot do everything and therefore structural reforms of the euro are urgently needed. This is the context is which the term of “fiscal QE”[2] was coined, aimed at allowing the financing of infrastructure via a strengthening of fiscal policies at European level, something which would serve the real economy and would logically consolidate the Juncker investment plan[3].

The announced policy of the Bank of Japan follows roughly a similar strategy, except that it does not need to consolidate the governance of its own currency as a prerequisite. Recently, Shinzo Abe’s electoral victory provided the necessary conditions to initiate the transition period of buyback and debt amount decrease (200% of their GDP) through enhanced fiscal policies [4].

Military QE in the others

As for the BoE, it hasn’t yet announced the end of the tightening of its monetary policy, but due to the inflation problems currently faced (3% despite a rise in interest rates), it should not be long in coming[5]. Probably tax policy is not an option for the United Kingdom, whose inhabitants experience significant debt problems[6]. So, is it also likely to engage in a convincing military QE? Or will Europe ultimately be the only last resort solution?

On the US side, things are a bit different: the Fed ended its QE three years ago already and, since then, it had simply maintained its stock by reinvesting the amounts of maturing bonds into new bonds[7]. However, since October, this has come to an end too and the Fed has started to diminish the bond stock it had acquired in order to support the economy. Basically, this decrease requires to:

1) “Cancel” the currency entries created on the accounts of the banks (as regards to the pure monetary creation part);

2) Find real customers for the issues or renewals of treasury bills, now that the Fed no longer plays this role. There is a problem though: in our multipolar and ultra-competitive world, how to create strong positive attraction differential in favour of the American economy?

Treasury bills could be sold to the US citizens, but they would need savings to do so, which is still not the case… On the contrary, we note a new increase in US household indebtedness and delinquencies[8]. This situation proves two things: a tax policy is no more conceivable than the sale of T-Bonds to Americans, and there is no time to lose to avoid a second subprime crisis.

This second point also shows that the strategy of reviving the economy by weakening the dollar (and therefore increasing imported products prices) is a far too longstanding policy.

Does the US have any potentially highly profitable business other than their famous military-industrial complex? Not much in fact, at least not much that isn’t already optimised. Depending on what is included in the military budget, this business represents between 700 and 1000 billion dollars a year[9]… Continue reading … go to the content GEAB 119 –November 2017