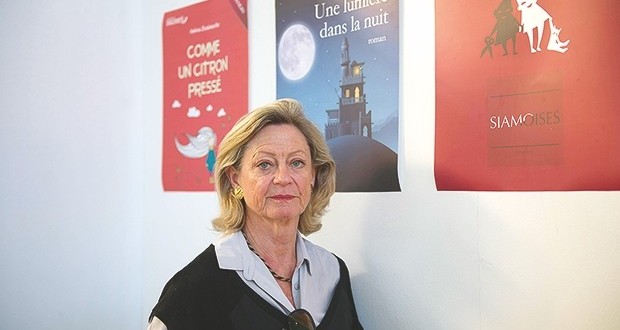 Posted by: Marianne Ranke-Cormier in Tribune 12:08 AM

We should not be afraid to give appropriate place to the concepts of identity, nation and national identity to prevent them from running away with the identity providers towards large spaces “illuminated with horror”i.

My wallpaper: Europe with the so-called migration crisis, but particularly the lack of solidarity among European nations in the process of welcoming migrants, refugees and asylum seekers because of the Dublin system; in spite of its successive adjustments, this system continues to attribute responsibility of welcoming and data processing to the European country the seekers land in and where they have literally issued their fingerprints.

We can not speak of solidarity unless we are sure of our identity.

Just like the European identity, the national identity is a cultural one. The cultural aspect, as opposed to the natural aspect as acquired to the innate, is all which is cultivated and maintained within a group and which helps to identify it. Thus, at the national level, we speak of languages and through them a representation of the world and the relation of subjects to the world, morals, religious practices, rites and so on…

Culture thus conceived, anthropologically speaking, designates a practice of social expression in which members of a group manage to recognise each other. That is precisely what allows everyone to show solidarity towards all from this or that group. This enables everyone to be in solidarity with all who belong to this group, be it local, regional, national or European.

Culture, being the guarantor of social cohesion, therefore defines a space for exercising greater solidarity than that of the family, the clan or the tribe. But culture can be lost if it is not maintained by the members of the group, or if it is not respected by those to whom the group delegates power. In that case, solidarity gets compromised.

Group members, when they are less connected by the specific particularities which constitute their culture, they become less supportive. They change from solidary into solitary humans. Solus is the one who holds by himself, who is not connected to others, and thus is considered alone. The hermit chooses solitude. Solitude was imposed by life circumstances to Robinson Crusoe as well. Generally speaking, solitude is unbearable. Man prefers to be solidus, that is to say connected to others. Human beings need this. Both by interest and by necessity, they need to be protected by the group they belong to.

But the relationship of solidarity thus established has nothing in common with the Hegelian dialectic of the master and slave relationship. Here, the other is the one with whom we exchange, get help and help in return in an unceasing reversal of the donor / recipient relationship. Based on a need, solidarity is not altruism because the help implies a certain return in case of need, response in case of request. Therefore, only equal beings can be solidary; not necessarily alike but equal and they have the feeling of being so because they have recognised each other as such and respect each other as such, despite their differences. In the relationship of solidarity, beings are capable of responding to the demands of the other and who are held responsible in return.

Only human beings or peoples conscious of their specific characteristics and sure of seeing them recognised by others can be solidary.

Recognition and respect for national identities represent the first condition of European solidarity.

By being builders of a Europe which is “united in its diversity”, we must re-enchant the expression “Europe of nations” with all pride for their members, despite the dark sides of their history. This pride ensures the foundation which makes them able to open up to the other and initiate actions of solidarity.

Allow me to give one example which I know quite well because it is in the area where I live. At the moment, in the Roya valley shared by Italy and France, a great movement of citizen actions of solidarity occurs to shelter and help with their asylum application or with their journey to other European countries, migrants who have travelled at night from Ventimiglia, across the border, following the tracks of a mountain train. In the early morning, after leaving a last tunnel, they ultimately reach a shepherd’s house or some peasants’ fields where they find blankets and some food.

That shepherd and those peasants, very modest people with low incomes who could have belonged to the sovereignist or populist electorates, challenge the denunciations of some of their fellow citizens and the prohibitions of territorial authorities. They confront, without trembling, the judicial proceedings brought against them in defiance of the Geneva Convention. And they succeed in bringing together French and Italians belonging to various socio-professional fields, by creating a citizens’ aid association for the refugees stranded at the border by the selfishness of the nation-states and the European Dublin system maintaining them.

Their action is a proof of human solidarity, but also, as they have mentioned on several occasions, they are proud inhabitants of this valley, some of whom had already made a name for themselves during the last war in helping the resistance fighters (having accommodated prosecuted Jews). This pride is maintained from one generation to another by the villagers’ stories, their rewarding images and the symbols on their monuments, as well as by their poetryii. This pride, so important at the local level, is also important at the national and European levels in the world. That is why it must be maintained and echoed.

While hoping that his remark also applies to the darkest aspects of our European identity, our friend Franck Biancheri found in his last book a beautiful way to say it: “We must not forget who we are, in order to become what we hope to be”iii.

In 1988, after the launching of the European Intercultural and Multidisciplinary Course: Contemporary Mediterranean: Culture and Communication, under the ERASMUS programme between my university in Nice-Sophia Antipolis and the universities of Bologna, Parma, Padua, Thessaloniki, Lisbon and the Basque Country, I joined Franck Biancheri ‘s teams in their actions under the PROMETHEUS-EUROPE association. Also, I participated in various events and symposia organised by him within the framework of the NICOMED network: in Istanbul in 1993, in Naples in 1994, in Izmir in 95, Marrakech in 96, the Euro-Mediterranean meetings in Marseille and all the decentralised cooperation work involving the civil society and which characterised the MED-CAMPUS programmes open to non-EU Mediterranean countries such as Syria, Morocco and Lebanon and where the words utopia, dream and feast could still exist.

This was the time of building a happy Europe, free from totalitarianism, a time to invent something together within the dialogue of cultures in particular, through the SOCRATES Higher Education Programme. But it must be admitted that a certain disenchantment occurred after the failure of the Constitutional Treaty, and especially since, in the wake of financial and economic crises and international terrorism, our enlarged Europe was plagued by national selfishness, in the refugees treatment particularly.

Hence the urgency of finding ways to reactivate the desire for Europe. This is the message that Franck Biancheri left us through his forecasts and his proposals shaped and developed in his latest book World Crisis, the path to the world afterwards, France-Europe-World, 2010-2020 .

My reflection has been reinforced with the recently published works of which I dare share the conclusions with you:

– on the one hand Claude Obadia’s article which appeared in Le Monde on May 11, 2017 Against nationalism, let us dare the European identity which ends like this:

“The data of the problem are clear. As long as the Europeans think of Europe in terms of post-identity cosmopolitanism, Europe will no longer exist. If the time has come to make a choice and if this choice is that of Europe, as promised by President Macron in France, the choice is the one of the courage to assert that Europe is the name of a set of values ​​inherited from our history and, in this case, from the combined influence of the Greco-Roman culture and the Judeo-Christian spirituality.” http://abonnes.lemonde.fr/idees/article/2017/05/11/claude-obadia-pour-lutter-contre-les-nationalismes-osons-l-identite-de-l-europe_5126057_3232.html

– and on the other hand, something I saw on Arte: the documentary of Manuel Gogos, Greek-German journalist, the title of which is Painful Identities – the new right wings in Europe and which studies the European identity movements. Further to his investigation in 3 European countries, the journalist concluded as follows:

“We can not leave to the extreme right the monopoly of the great stories concerning our homeland, our origins or the attachment to our roots.”