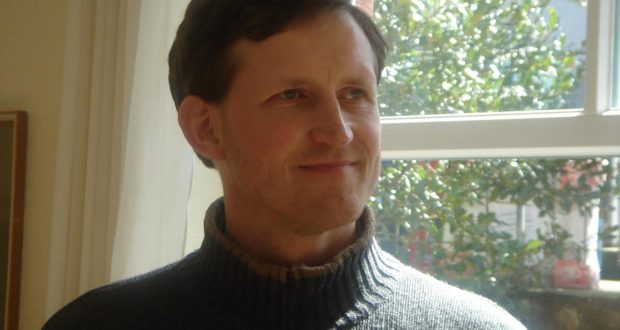 Make the Commission a Coordinator, not a Banker ! (Adrian Taylor, 2005)

Adrian Taylor, 05-12-2005 – Rather it is the lack of co-ordination between the donors, as each seems determined to offer the same aid (right now trainings for Iraqi officials), and fails to address other issues.  Again and again the visitors asked “what is your government going to do to improve coordination among donors?”  Again and again, the question was met by a baffled smile, as the host officials muttered something about it “not being our job”, and promptly changed the topic.

Where is the European Commission?

Member States are not happy either

Many Member States development ministries are under severe budgetary pressure, which is forcing them to be selective in projects.  This will diminish their visibility unless they can find extra funds. Furthermore, the more and more aid is untied, and hence the scope for collaboration between donors is rising. Here is a window of opportunity for the Commission to team up with Member States.

So why does the Commission not act as a European coordinator ?

The Iraqis would love it if all donors co-ordinated their approach.  In the absence of a real global solution (and the pledging conferences are not the solution), if the EU Member States already co-ordinated their activities seriously, that would already have an impact, given that they provide over 50% of all aid granted.  Thus the Commission, acting as a motor for integration, should seek to create a networked EU external aid service – which integrates national and European levels. It should be aiming at the “Europeanisation” of national aid agencies, cutting down on its own role in detailed project execution, whilst leveraging much more its capacity to orient the overall direction of EU Member States’ spending.

How to get there ? A radical suggestion:

In acting thus, the Commission would fulfil one major Treaty objective which is often ignored: that of encouraging the emergence of a common EU development policy through co-ordination of EU and Member State policies. All too often the Commission interprets this article as meaning that it must tell the Member States everything it does without asking the Member States to share what they are doing.

The Commission as a facilitator, fixing priorities

This would not be a re-nationalising of Community funds, on the contrary it would be a “Europeanisation” of the Member State bodies. Gradually there would be a considerable incentive for them to adopt similar operating procedures and criteria in choice of projects. Furthermore, by indicatively placing most of the ‘bonus’ funds available in the pot for particular sectors, the Commission would effectively encourage Member States to fix these sectors as their priority. In time, the Commission could then propose to Council common country or regional priorities so as the policy framework is mutually agreed. The Commission would thus set the agenda for all EU aid, using EU logos, rather than being bogged down in spending only the EC part of this funding.

Freeing resources in the Commission

It would be up to the Member States concerned to design projects/programmes, select consultants, brief them, send them out, receive the initial feasibility report, write terms of reference, call for tenders, judge tender replies, fund the project, monitor the results, and evaluate the outcome: tasks which currently occupy and exasperate so many Commission officials. At a blow, a large number of posts become available for affectation to other tasks (political analysis). The Commission could then concentrate on becoming a political facilitator again, an ally to be won over by the Member States, rather than a rival which is (perceived as) eating up the development budgets of their own agencies.

Coordination in the beneficiary countries

Given the move of many staff to beneficiary countries, the organic co-operation with Member States should be much easier – officials of all nations are now closer to the needs of the beneficiaries, and hopefully more distant from the imperatives of national capitals. To increase joint work further, the Commission could propose to move its development staff into shared buildings with Member State development agencies, as part of the wider exercise proposed of creating joint EU Embassies or European Houses (as in Liberia).

“Any attempt to combine governing with ‘doing’ on a large scale, paralyses the decision-making capacity. (…) Governments that focus on steering actively shape their communities states and nations. They make more policy decisions. They put more social and economic institutions into motion.” (From “Reinventing Government” by David Osborne and Ted Gaebler Plume books, 1992).

At the moment the Commission spends all of its effort in trying to row (spend money). Sometimes it even seems to row in the opposite direction to the Member States. In the meantime, nobody actually seems to be guiding the boat.  The Commission instead needs to take up the role of the helmsman. Resources need to be concentrated on thinking through where we want to go, not on spending a budget line by the end of the year. If not, in this as in other areas, it is certainly not the Council (Member States or Secretariat) that will provide the guidance needed, and the whole European project risks ending up on the rocks.

04:39 PM
Franck Biancheri archives
Next: Test your memory! Identify the person in this pic as well as the exact moment it was taken..