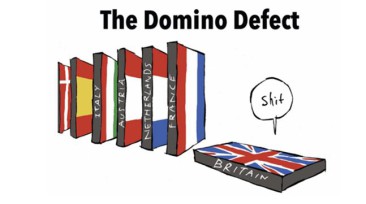 Posted by: Marianne Ranke-Cormier in Franck Biancheri Network 11:44 AM

On June 8, the British elected a new Parliament where a Common’s majority escaped from Prime Minister Theresa May and her Conservative Party. … result of this election for Theresa May is that it allows it to justify a change of negotiation line, moving from a hard-Brexit project to a soft-Brexit, henceforth adapted to the vital goal for the UK to avoid being marginalised in relation to a continent that has not followed their path…

In order not to lose face, it is not the Brexit decision which must be called into question by these elections, but its process, the modalities, the “tonality”. Brexit must be maintained because it serves both sides of the Channel by creating the conditions of change so needed after ten years of crisis. But it must also be used to:

. Allow the reform of the UK

. Allow the reform of the continent

. Allow the reform of the UK’s relationship with the continent

With the electoral results which have brought supporters for a soft-Brexit, different scenarios are now officially possible1:

This last scenario is of particular interest to us. It would in fact serve as an axis of transformation that is particularly relevant to everyone:

We talked about the idea that this kind of scenario could be imposed “if everyone plays smart”. In reality, we believe that this axis of transformation will be “systemically” imposed, namely because it serves all interests (citizens, financiers, politicians, technocrats, military, economic …). In the near future, the date of June16, 2016 may be celebrated as the victory of the forces of change. Irony of the destiny…

Previous: Washington and Brussels are from the Moon… though of course they do not come from the same side! – by Franck Biancheri (2003)
Next: FB Award: Education for the present, Democracy for the future, Aegee-Budapest, April 2017. Final booklet