As our collaboration started in 2010, I feel privileged to have met Franck multiple times and to have collaborated with him on various of his projects. Franck was a visionary and has opened my eyes to the mechanism of global governance, systemic thinking and political anticipation. In all of this certainly the potential of the EU and some of its fundamental organisation aspects have become clear to me.

As many visionaries he was not always understood in his times, but in many cases his projections indeed became reality. The founding of AEGEE was a clear part of his visionary work with young people. The impact he has had in the Eramus project will have its impact on many generations to come. As a person, Franck was open and interested, also in other topics than politics and economy – something that I appreciated very much. He gave trust in young people, and was a positive thinker. Many times I have quoted him, especially in the case of; ‘Il sait qu’il va y arriver parce qu’il ne sait pas encore que c’est impossible.’

His persistence in combination with his visionary and positive thinking made him a great man, I cherish his impact in my life. 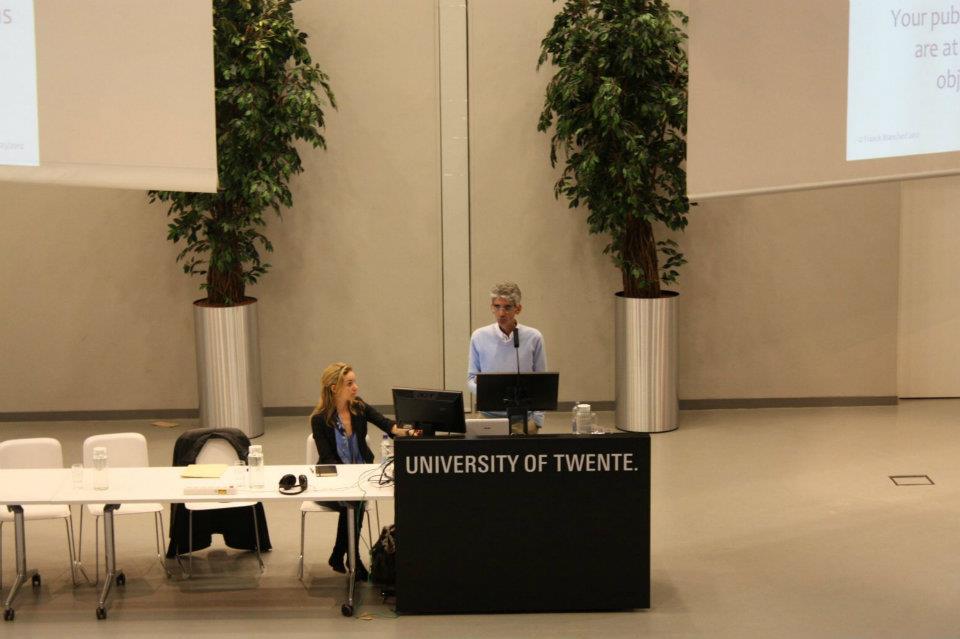 Caroline Lubbers with Franck Biancheri at the AEGEE-Agora in Enschede, on May 2012