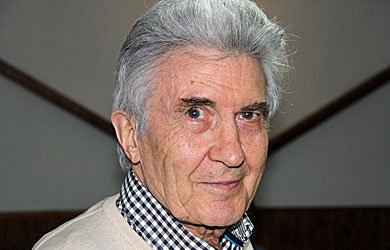 Europe is sick because our democracy is also sick, by Félix de la Fuente Pascual

This article was written by Félix de la Fuente Pascual, Secretary of political action of CILUS and member of the Franck Biancheri Network. It was published in Madrid Actual.

Among the possible situations, or scenarios as they are called now, that the European Commission presents to us about the current crisis in the European Union, one of the options would be to do nothing and let the situation improve on its own, a behaviour that’s quite habitual among Spanish politicians.

The second scenario would be to destroy the EU or to return to nationalism, that is to say, to go back a 100 years and lose everything that has been done up to now; whether in terms of social conquest or peaceful coexistence between Europeans. Another option, and there are still other options, would be to take a step towards a political Union, at least between the countries of the EU that so desire. A multi-paced Europe therefore. This is in fact something that already exists: for example, the Europe of the Euro is advancing at a different speed within the EU, but what has always existed so far is a real will of Political Union.

The ordinary citizen lacks quietude and appreciation in order to decide which of the solutions outlined above would be the best for him. That does not surprise us. After many decades in which politicians have used Brussels to absolve themselves of their mistakes (corruption, waste, etc.), we cannot really ask our citizens to have sympathy for the Political Union project. The waste being perhaps even more serious than the corruption since it is even more generalized than the latter. We have been educated to be nationalist, with all the connotations implied by this term: egoism, narrowness of spirit, to think ourselves superior, lack of solidarity, etc. etc. We have been trained contrary to the characteristic values ​​of European integration and living democracy. With the EU, a new degree of democracy has arrived in Spain. Democracy and the EU are interrelated and united concepts. Our loss of democracy can mean the loss of the EU, and vice versa, the disintegration of the EU may imply the disintegration of our democracy.

Poor us, we want to believe that our national or regional policies lose sovereignty, but we also lose it as citizens. What we want is an effective government and we do not care if the president of the government is Basque, Andalusian, French, Italian or Galician. What is important is that the government is for the citizens and not for the political parties. We are told “the more European integration we have, the less the Spanish will have sovereignty”. Unfortunately, political parties have long robbed us of sovereignty, which according to the Constitution belongs to us citizens. At the same time, our government and our policies, and the same can be said of the policies and governments of other EU member states, do not have the least autonomy or sovereignty to face the current global problems. Not because Brussels has kidnapped them, but because in a globalized world, having the EU member states separated from one another does not bode well.

Let no one try to deceive us. When I hear that Brussels is taking away sovereignty, it reminds me of the famous “Spain robs us” (“España nos roba”). Do we really want Washington or Moscow to govern us instead of Brussels? Whether the multinationals are imposing their rules as they already do or are trying to do so?

European integration is at risk, because our democracy is in danger. Populist and xenophobic parties can annihilate European integration, but they can especially destroy our democracy. The passivity and lack of reaction of political parties is not an excuse for us citizens not to seek alternatives. We have also been passive for too long, in tolerating that we have been robbed of sovereignty.

The Spaniards and the Portuguese, accompanied by the Mediterranean countries, Germany and France, are the most inclined to political integration. And yes, despite education and training given in Spain, we always bet on European integration. Yes, education for democracy begins at school, a sector that has the habit of being the first to be affected by budgetary restrictions. Europe is in danger, because our democracy is in danger. And not the other way around.