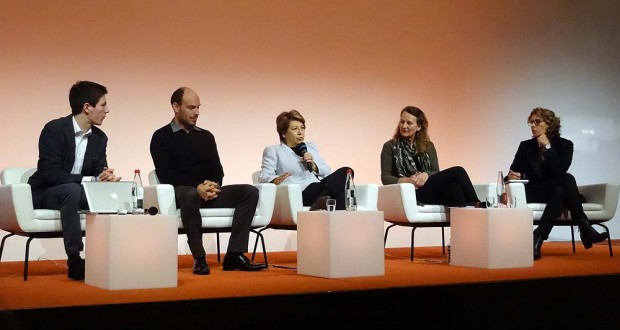 Our first podcasts: Six Europes to build (speeches of our March 8th Meeting in Paris)

Speeches in French and English not translated

You were wondering which discussions we had on Sunday 8th? Here are some podcasts of the conference, making a summary of the discussions. Each topic was divided in 3 parts : a member of AAFB was sharing our vision, a keynote speaker was explaining his/hers, and finally an AEGEE student was reporting the discussions they had the previous day to prepare the conference. 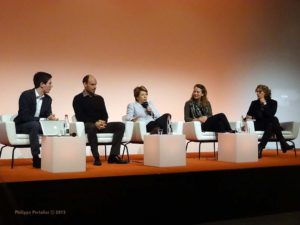 The crisis in Ukraine would not exist if the EU had set up a common energy policy, giving it the means to negotiate on equal terms with Russia and the United States – an unacceptable situation, given the EU’s origins: the ECSC. The current situation requires a European energy policy to ensure our continent’s energy independence, equal supply and preservation of conditions for peace. Introduction: Sylvain Périfel, Franck Biancheri Networks Keynote: Corinne Lepage, President of Cap 21 and former Minister of Environment Report from the AEGEE workshop : Leonard Lausen 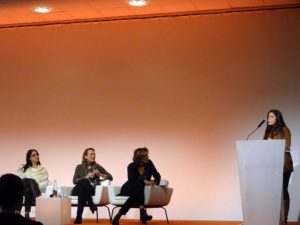 The deep and justified criticism of the independence and quality of information must finally result in solutions that only make sense when they are applied to the entire EU; for instance through the creation of an independent media watchdog ensuring the impartiality of information; and, of course, the creation of multilingual trans-European media. Introduction: Veronique Swinkels, Franck Biancheri Networks Keynote: Laurence Habay, Deputy Head of Europe Department, Courrier International Prem Nuria González Ortín : Report from the AEGEE workshop 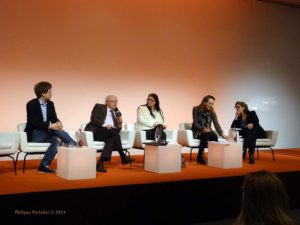 Each day, the Ukrainian crisis shows that control of one’s armed forces is essential in order to control one’s own destiny. Getting clear from US military tutelage is a sine qua non for the conclusion of the independent Europe project. This grasping of strategic independence provides the best subject for Euro-Russian cooperation, by the way Introduction: Geta Grama-Moldovan, Franck Biancheri Networks Keynotes: . Kyriakos Revelas, EEAS, European Commission Stefan Windberger, International Officer of NEOS – Das Neue Österreich und Liberales Forum Stefan May : Report from the AEGEE workshop 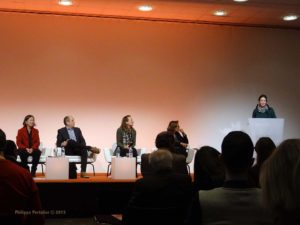 The crisis of public deficits and the austerity that followed revealed that the Member States can no longer afford their social policies; while this crisis certainly provides an opportunity to rethink these social systems, it should in no case lead to their removal. It is up to the European level to set the new social criteria and to facilitate their proper and consistent application across the whole continent. Introduction: Christel Hahn, Franck Biancheri Networks Keynotes: Pierre Larrouturou, Co-President of Nouvelle Donne Nele Sambner : Report from the AEGEE workshop 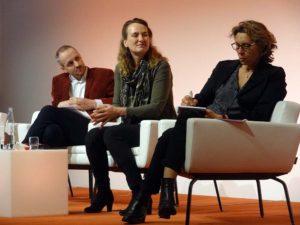 Structurally, the Member States are no longer in the capacity to levy tax optimally; the European level must take the responsibility of the exchange facilitation it enabled and that no one denies, by establishing a fiscal Europe which could start by clarifying the share of European tax they already pay to all European citizens. Introduction: Taco Dangers, Franck Biancheri Networks Tim den Dulk : Report from the AEGEE workshop

EUROPE OF THE EURO 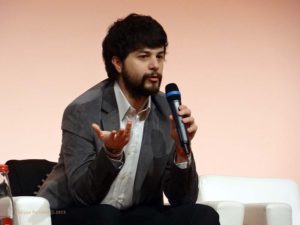 The euro has seen the light of day, but it does not have a governance adapted to the challenges related to 19 countries sharing one currency… thus, what should have been a tool of independence and sovereignty has ultimately become the EU’s Achilles heel. Euroland’s political and democratic union is, therefore, a project for the ERASMUS generations. Introduction: Marie-Hélène Caillol, Réseaux Franck Biancheri Keynote: Brando Benifei, member of European Parliament (Partito Democratico) Martin Martinov : Report from the AEGEE workshop 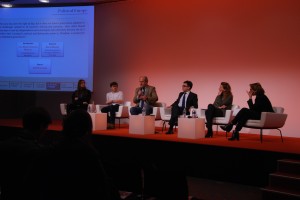 All these Europes ultimately resort to one: the political Europe, that which finally connects the skeleton of its architecture, its institutional organs and the muscles of its legislation to the blood of those citizens for whom it was built in the first place … a blood which hopefully will not be spilled to achieve this result. The essential tools of this democratic Europe are, in particular: trans-European political parties, truly transEuropean elections, trans-European teams of political candidates, etc … Introduction: Jose-Maria Compagni Morales, Franck Biancheri Networks Keynote: Bruno Maçães, State Secretary to European Affairs of Portugal Georges Catsaris and Nico Westerbeck : Report from the AEGEE workshop