Don´t miss
Home / Franck Biancheri Network / Economics: Good news will be pouring! The French presidential election at the heart of a European takeover of the media narrative (GEAB 115, May 2017) 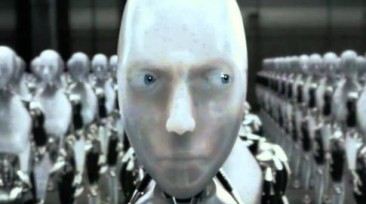 Economics: Good news will be pouring! The French presidential election at the heart of a European takeover of the media narrative (GEAB 115, May 2017)

PUBLIC REVIEW of our monthly bulletin GEAB (May, 2017). Subscribe here !

The voice of France in the world seemed to have disappeared (at least since 2007), which is a far cry from the brilliance of French diplomacy in 2003 when the country opposed the war in Iraq. And yet, just when we think that the influence of this country was dead and buried, the French presidential election of 2017 gets international attention rarely equalled; a sign that the insignificant France is perhaps not so insignificant when it runs the risk of electing a far-right president into the heart of Europe.

But the verdict has fallen and the world can now breathe again[1]: although France is the Western country to have suffered the most from terrorism in recent years, the French have resisted the sirens of xenophobia and retreat, by rejecting the far-right candidate, Marine Le Pen, by over 65%. Thus, a pure technocrat, Emmanuel Macron, is the elected president. How did this happen? What is the significance of this result? What will be the implications for Europe?

In this article, our team makes a very bitter observation on the workings that brought Emmanuel Macron to power, but authorises a (cautious) optimism on the potential exit to this crisis which can be seen given the forces actively involved in this election.

Previous: There is nothing like one European. The European is a team of Europeans. (Franck Biancheri, Agora Aegee-Europe, Enschede, May 2012)
Next: On the horizon with a heaven of freedom and a land of responsibility, this is perhaps the soul of Europe (Franck Biancheri, in Communauté ou Empire, 1992)