Christel Hahn (DE), “Franck with Political Anticipation showed that the future can be owned by creating it”

Its five years now, since Franck left us. Ironically, in the memory of his untimely death, I want to write about, that he has contributed to giving us a future. Maybe his sickness, that he was aware of since his student age, has motivated him for this endavour?

We, the people living in Europe, for the past few hundred years did not own our future. Many learned people, who might speak intelligent things, continue to say, that nothing can be said about the future. This belief is one of our deep routed beliefs.

But this also means, that our future belonged to the gods and their representatives on earth. It was shaped and created by those, who devised and implemented long-term strategies.

Franck with Poltical Anticipation showed, that a lot can be said about the future. And for 11 years now, the GEAB has been the „living proof“, that the future can be systematically and rationally explored. That does not mean, that the GEAB is 100% correct, in what it says. It did have many short-comings, but the good thing about these short-comings is, that they were analyzed (a yearly retrospective is part of the GEAB) and used to improve the work. So the GEAB has really made a dent into this belief, that the future is unknown.

But Franck and his work have also shown, that the future can be owned by creating it. Franck and the GEAB have been always outlining the possible scenarios and then arguing (and working) for the desirable scenario. That is the meaning of Political Anticipation, anticipation through action.

So we can also say, that Franck has helped to create the ongoing efforts to finally democratize Europe. Franck has left us, but his work has been helping and is still helping to create our common future. 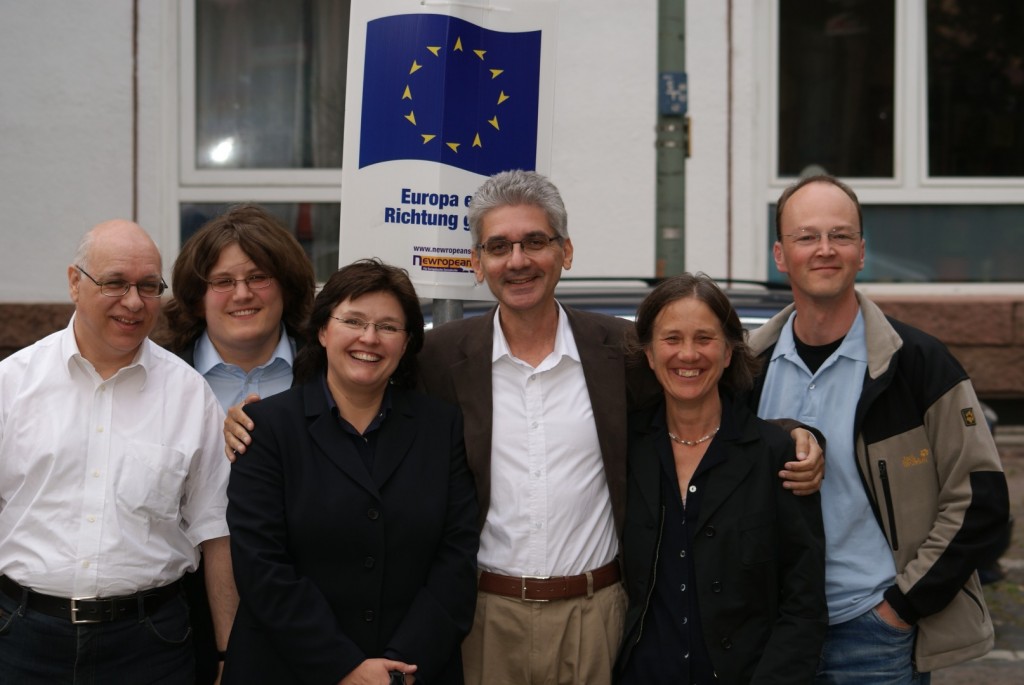