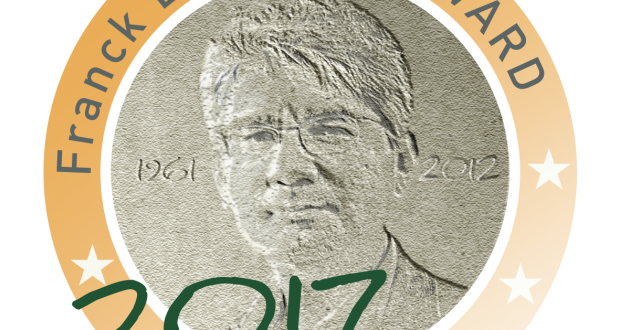 FBAward 2016 for Cluj-Napoca: In 2016, the Franck Biancheri Award was granted to AEGEE Cluj-Napoca and the YourVisionForEurope team which organized a most valuable conference on the theme “Borderless Europe: Blessing or Burden?” in Cluj-Napoca.

For this 2017 session, the open call for applications launched to all AEGEE antennae, has seen the emergence of many great projects that have led to interesting discussions between the members of the Selection Committee to determine the winner…

After AEGEE-Delft, AEGEE-Paris and AEGEE Cluj-Napoca, it’s time for AEGEE-Budapest to honor the memory of Franck Biancheri and to receive the prestigious award (2500€) from the AAFB in 2017.

AEGEE-Budapest, winner of the “Franck Biancheri Award”, will use the award this year for shaping a big event in the spring 2017 in partnerships with three other AEGEE-Europe’s team projects (Europe on track, More than Education – European Citizens’ Initiative, Civic Education Working Group) and the AAFB. The topic of the event “Educate now, Democratize the future” will take roots in the text written by Franck Biancheri in 2001 “Empower or legitimize the European institutions” (Franck Biancheri, 22/05/2001) when he foresaw the risks of non-democratic deviation arising from the foundations of the EU, mainly based on a common currency instead of a direct, democratic involvement of citizens.

AEGEE-Budapest considers that the lack of civic education is leading to the rise of populism and extreme ideas as well as to a return of hate and separatist movements. Furthermore, this unstable moment of crisis is linked to a democratic deficit and a breach between the citizens and the institutions. This cycle has to be broken to make young people’s voices heard.

Previous: Brexit, Trump, populism: The “post-truth”, its accomplices and its antidote (José María Compagni Morales)
Next: The 10 Lessons from the election of Donald Trump (Cyril Castro, Nov. 22nd, 2016)