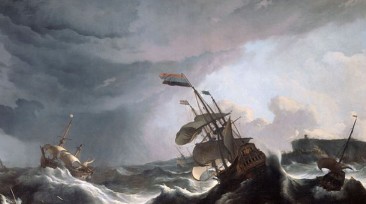 Our team’s position on Bitcoin has always been based on a feeling of distrust. Though, we admit that digital currencies are clearly part of the future. Our caution comes from the structurally speculative nature of Bitcoin. If this feature makes this “currency” so attractive and turns it into a flagship of the expansion of e-currencies, at the same time, it is its Achilles heel that make us say that one day, more or less brutally, state structures will put an end to this witchcraft.

They have the power to do so, admittedly. China has shut down overnight Bitcoin trading platforms and banned purchase among its citizens, although two-thirds of Bitcoin miners live on its territory. South Korea just followed the example, more or less[2].

Given the bewildering levels of Bitcoin, the lack of slightest reaction from Western states has led us to the conclusion that these states are now part of the game, something which would not be surprising given the combination of their debt levels and their urgent need to stop their monetary easing policies. Could Bitcoin be part of the range of State refinancing means? Fig.1 – Bitcoin level over the past six months, in US dollars. Source: ABCBourse

After all, if big players start buying, the Bitcoin value will not fail to make this “currency” even more attractive; drawing “small investors” to come in waves, ready to siphon their nest eggs for some promises of huge easy and quick benefits.

Since we keep seeing our governments constantly striving to inject our savings in their big economy (demonetising to convert cash-formed nest eggs into traceable and taxable money; encouraging us through tax or bank incentives to reinvest our money and get rid of our real estate, etc), we cannot help bearing in mind Roosevelt’s Gold Reserve Act. Back in 1934, this famous Act took hold of the American citizens’ gold to finance the New Deal[3]. A “Bitcoinian” mirage could very well serve the same purpose, the way the Euro-Tunnel[4] illusion had allowed to finance the Channel Tunnel to the detriment of small investors who ended up with… nothing!

We will see later in this article that banks are also buying Bitcoin after months of dithering. How could anyone imagine that this category of players would be able to resist the juicy capital gains generated by Bitcoin after all? The problem is that banks will start doing what they know best, namely speculating, manipulating prices, playing fluctuation games, thus contributing to fuel and burst the bubble in end.

Despite all our good intentions to question our bashfulness when it comes to Bitcoin, all we can say is: “Caution! This Bitcoin thing looks like a smoke and mirrors game”.

Nevertheless we will go further in our exploration of this ecosystem in the coming months. In particular, we will try to see if the arrival of large market investors can end other than with their withdrawal and subsequent collapse of the whole thing…  Read more in the GEAB 120 / Dec. 2017

Previous: “EUROPE : COMMUNITY OR EMPIRE?” a path-breaking historical book by Franck Biancheri written in 1992 – Preface by Marianne Ranke-Cormier
Next: Are lifelong jobs and privileges compatible with modern democracies? Franck Biancheri (2005)